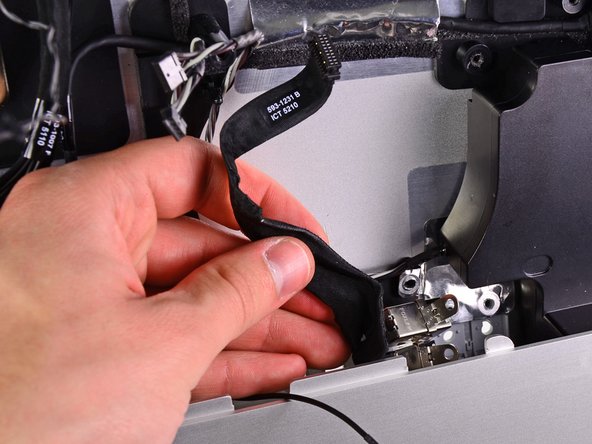 Use this guide to replace broken audio ports on your iMac.

I’m very grateful for this website and its invaluable photos and instructions.

Just to say: I was able to change out a defective audio port cable and socket set without having to remove everything detailed above. I was able to follow the steps on this page:

and, with a bit of effort and small hands, get the new cable plugged in behind the fascia. It’s all working again now.