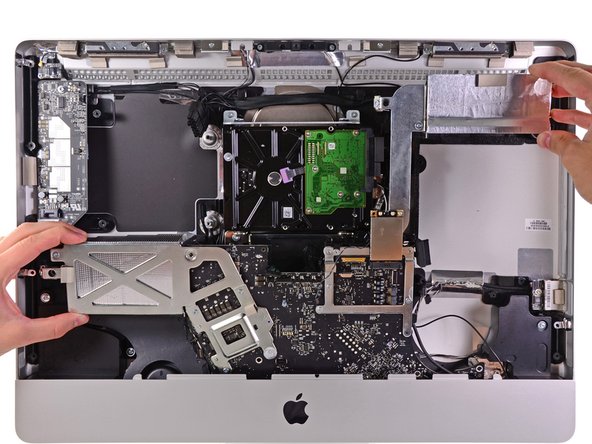 Use this guide to remove your logic board assembly.

Can you recommend a supplier for a logic board

I reccomend one from here at iFixit, of course!

Hi. I replaced the logic board and when I started to put it back together there was a half round cable that I have no clue where it goes. I really hope you can help me. Also the DVD drive was replaced cause it didn't work. It plays but it won't eject the DVD. It only ejects when it's tilted.