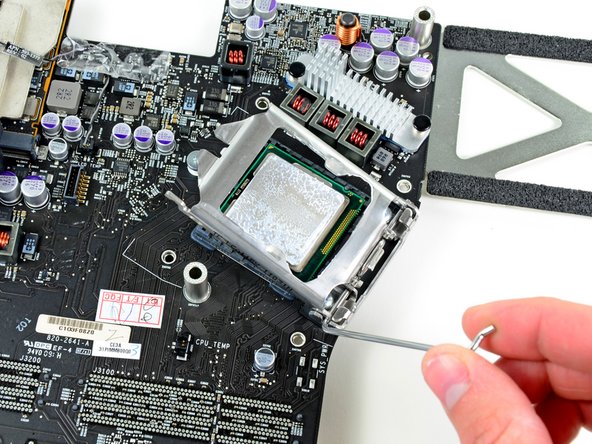 Running well so far. Thanks for the guide!

how is the 2600 working after this years? any issues so far? thanks!

Hello, any info regarding the i7-2600? How is the iMac running? Thanks in advance

Any news about that?

I need to Know, what is the ChipSet for this mainboard.

Changed the processor in my 2011 iMac 21.5 to the i7 2600 and although the system fires up and works, the system runs at only 46% thermally throttled at 1.6Ghtz. It would appear the higher voltage is detrimental to performance. I had the 2600 in a different machine so didn't cost anything to try, now looking at getting a 2600S as this appears to be the highest speed option for this machine.