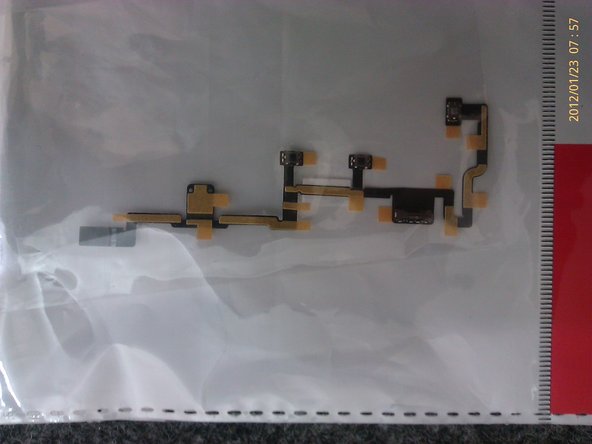 flexible cable as a replacement power button. an open and ipad 2. and removed the LCD panel and digital.

Successfully completed it! Thanks.

Thanks for the hi res pictures. I couldn't figure out how to reassemble the power button, but with your pictures, it was easy!

Thank you for your thank for that we are colleagues,

any questions, we are here.

how did you disconnect the flex cable from the places that it was attached when it was taken out? do you simply tear the entire cable off slowly at all places it is glued down or is it clipped down somehow? also for putting the new flex cable down do you just use loctite to keep the cable down or is there a specific way to make the connection such as soldering? THANKS A BUNCH!

I recommend you take it off slowly, especially with so much patience to know and you make it easier when mounting.

the cable will only conectdo the board. that is covered by a strip of black tape.

Thanks Gautam for Questions.