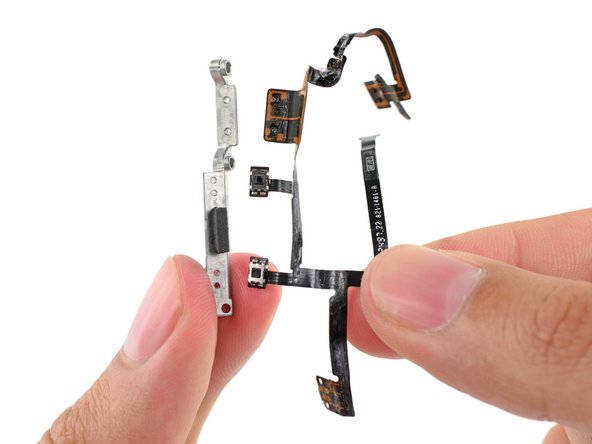 Use this guide to replace the volume and power button cable assembly in your iPad 2 Wi-Fi EMC 2560. This assembly also includes the sensor responsible for detecting the magnet in a Smart Cover.

I changed two pair new of this flex and still doesn't work, have no idea what could be

Depends on what’s not working Mariano. If no power, your install may be good. Sometimes the contacts on the batteries for this model don’t make a connection and require ever-so-slight bending before you secure it with the set screw. Give it a try. There are a couple YouTube videos on this. Good luck. I’m doing my 1st flex cable install with this tutorial. Amazingly accurate and graphically stunning presentation. Love the zoom feature. These guys deserve a statue!

Thanks for the great guide, this was a tricky one, power and volume did not work after installation. I had a look around and noticed the small ZIF connector was a bit askew, probably due to the new cable being stiff, straighten it out and taped the cable down(the self-adhesive was too weak) and now tests good!