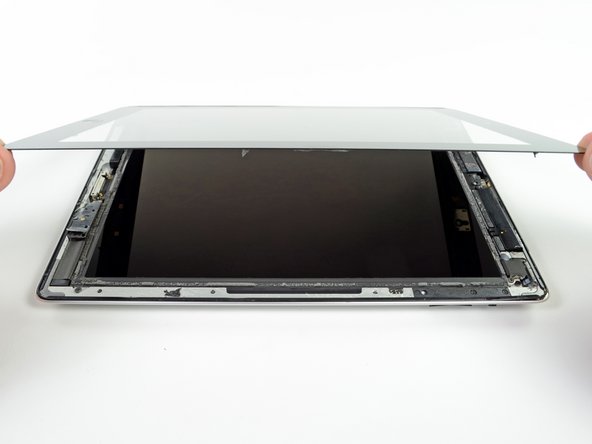 Prerequisite-only guide to replace the front panel on an iPad 3 4G.

It's best when replacing the front panel to power on the iPad once the new panel is connected to test the digitizer before exposing and laying down the glue for the front panel!

Is there an image somewhere that indicates where the new adhesive strips are supposed to go?

Top tip: check the LCD is in working order before you even take the new parts out of their packaging. I'm going to have to return all mine unfortunately, so glad I checked first.

My screen had spiderweb cracks originating right on part of the edge/frame and it was impossible to slide the picks beyond that point. The only option was to try to lift the "new" side which immediately sent many more cracks across the screen to the other side. At that point there was really no way to get the glass off because both sides where shattered and there was no glass to lift off… First repair that I've ever failed, bummer!

To prevent getting finger prints on the LCD and underside of the touch screen, wear a pair of latex or nitrile gloves.