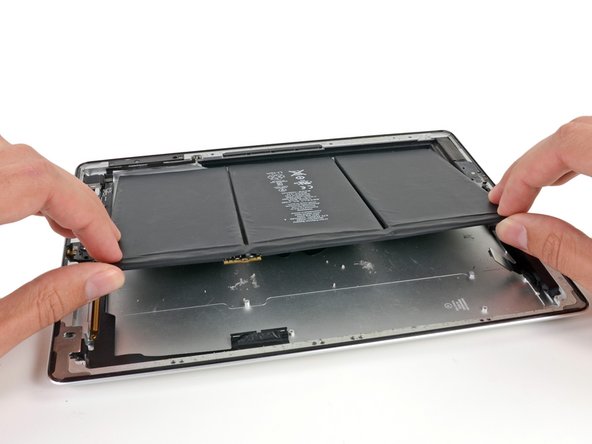 Is your iPad's battery no longer holding a charge? Electrify the situation by replacing the battery.

can anyone here give me/test to see the pinout of the battery. i want to use it in a custom made powerbank but it seems to have like 5 pins so i would like to know what i have to do in order to get things working

Good guide, only thing I would add is a chart for how long to microwave iOpener for various watt microwaves. I have a 700 watt microwave and 30 seconds did nothing. I found 50 seconds worked well.

TAKE YOUR TIME - this is the best hint off all! This Guide is really helpful. I successfully replaced my Battery in aprox. 2 hours. My personal iOpener was a Hot-Water-Bottle. Works fine! Thanks you for this great guide.

no information for putting it back together. I can figure it out, but little things like the glue, old adhesive and trim pieces. And installing the cables….

Thanks for the tear down video however. Very nicely done!

Somebody knows if the iPad has a slow charge, the problem is the battery or the dock connector??