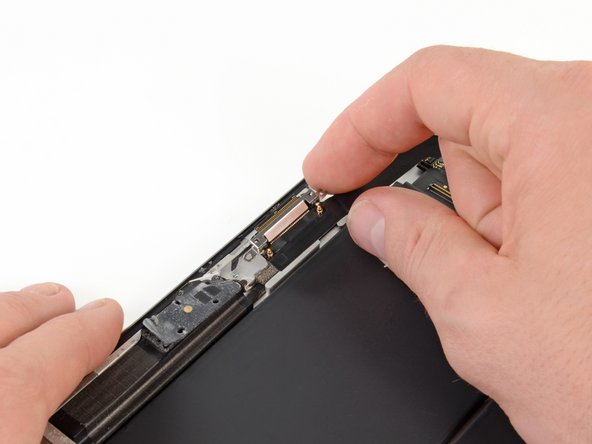 Use this guide to replace the dock connector.

Worked perfectly. The only complaint is that this tutorial should link to the one regarding adding adhesive strips. I found this especially difficult since the currently posted tutorial on adding adhesive strips (iPad 3 Wi-Fi Adhesive Strips Replacement) is incorrect for the iPad 3 Wi-Fi. I ended up having to guess, make mistakes, pull them off, try again...you get the idea. In the end, it worked out, but posting an accurate tutorial at the end of this one would have been a big help.