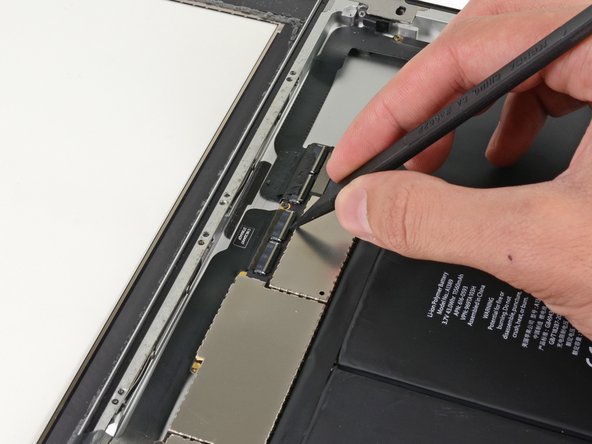 Prerequisite-only to replace the front panel in the third generation iPad 4G.

* Get the assembled panel with the camera bracket and home button. It's worth it.

* These instructions (for the 3?) don't account for the home button cable. It runs along the bottom edge next to the left corner. It's almost impossible to not sever during removal. I have some photos of it I'll try to post when I can figure out how.

* Have light compressed air available to make sure the LCD is clean before reassembling.

* Test fit before pulling off the adhesive strips. I had to do some minor aluminum straightening because of a corner drop, almost blew it had I not test fitted and found this out before sticking it down.

* Test the display and home button before sticking the new glass down, make sure it works, and is all clean.

* I second recommendations for clear tape. Mine was so shattered on the left edge, I had to peel it out in chunks. Tape helped a lot.

* I needed 3 hours for the whole process.

Good luck, and take your time. It can be done!

One problem with the guide saying "To reassemble your device, follow these instructions in reverse order" is that some of the trivial reassembly steps get missed. Like the fact that for repairs involving disconnecting the LCD, you may need to hold the home and power buttons simultaneously for 10 seconds to get the display to light up after reconnecting items. I had tried multiple times to get the display to function, and only after doing this step did it finally come on. If this info is somewhere in the guide, or in the iFixit Front Panel Assembly package, I must have missed it. I just wish I had found this advice BEFORE I managed to break the flap on the LCD ZIF connector through repeated attempts to seat the cable "properly"...

I managed to replace the cracked digitizer panel on my iPad 3, but ended up with an overly sensitive home button which constantly triggers Siri on its own. So esthetically it was a success but from a functionality standpoint the device worked better before the repair ¯\_(ツ)_/¯