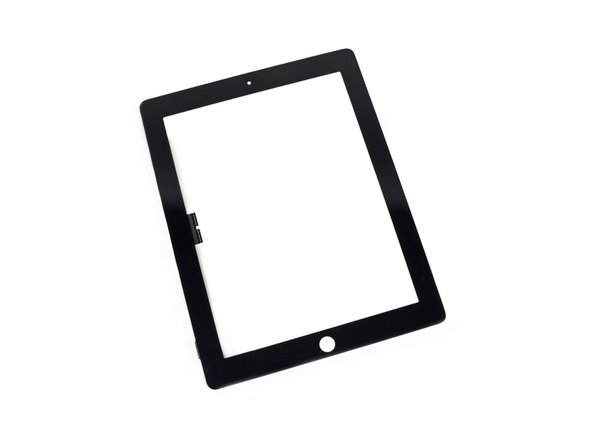 when it tells you to use the iopener, if you don't have one, like me, a hair dryer works wonders. it does take a little but longer to heat it up and you have to be careful where to touch the ipad because the heat goes over a more broader area. other than that, wonderful guide.

This was my first time fixing a Ipad 3. I've heard stories of how difficult this repair is & that i should pay someone to do it. I must say read the guide first then start the job. So far everything works and I feel confident enough to repair another ipad.

Thanks iFixit for the parts and guide.

I simply can't imagine any steps that might be taken to avoid marring the LCD while removing a cracked screen. By the time enough of the cracked screen is removed to allow protecting the LCD, it's already too late. I can't imagine a method through which removing a cracked screen wouldn't eventually become a process of troweling a stubborn sludge of adhesive and glass shards away from at least part of the perimeter of the screen recess. However, barring slight unremovable marks on my LCD resulting from the issue, I'm satisfied so far with the robustness of the the screen replacement.

It might also be useful to mention that fresh adhesive and retrieval of the camera bracket and home button assembly aren't necessary if the replacement used is iFixit's iPad 3rd Gen Front Panel Assembly, which includes those.

This is a very good and thorough guide. I have done at least 12 repairs and I have to admit that it would be nice if the glass was "always" cracked this cleanly. However, the reality is that it isn't and a lot of times the glass is completely shattered and its a very messy job just to try and get the glass off cleanly and safely. Just keep in mind that the process of actually removing the glass is going to have to be tweaked depending on the condition and type of crack you're dealing with. All the best of luck and success on future repairs!

I've been using this site now for awhile to repair various electronics. The other day i was trying to repair an Ipad 3 and was having a ton of issues getting the digitizer off so i could replace the charge port. The guide gave me great tips and suggestions just like the rest of them on the site. I was able to repair it without damaging anything else on the device. Thanks for the time and hardwork.