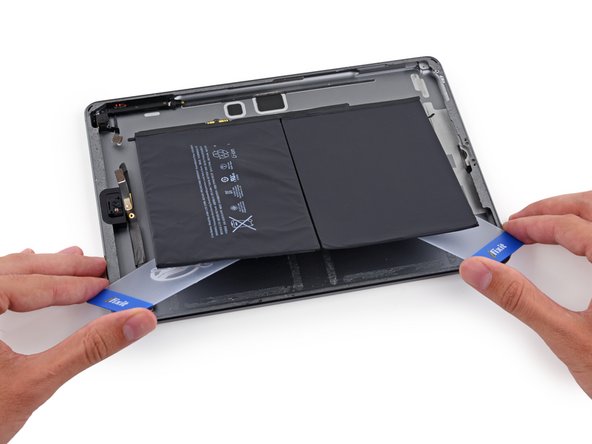 Follow this guide to replace the battery in your iPad 5 LTE.

Before you begin, drain your iPad's battery below 25% charge. This will minimize the risk of a dangerous thermal runaway in the event that you accidentally puncture or deform the battery.

Lithium ion batteries contain dangerous chemicals and may catch fire and explode if punctured or mishandled. Use caution.

The battery replacement went off without a hitch, I’ll be honest, at step 50 I started to look at things with a real tech eye. I stopped disconnecting and removing components and took my hairdryer to the back, the battery came up quite easily so I stopped, popped in the new battery right then. After reconnecting everything, using iso to clean the lcd and inside glass, I “dry fit” everything back together, powered it up… nice. Completed new adhesive install and all is good.

Great tutorial, but if you have a good tech background, you can knock off an hour and do it in just over an hour. PS - Hair dryer is a must - take your time on this, once you get past the initial opening of the left side, the rest is a breeze.

Really good guide it was informational start to finish.