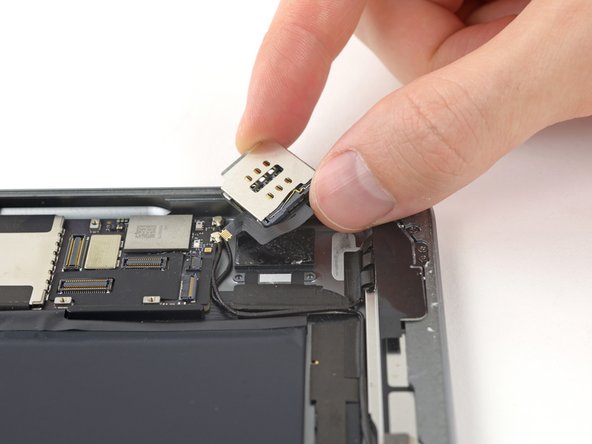 Use this guide to remove or replace the SIM board (a.k.a. SIM card bay) on an iPad Air LTE.