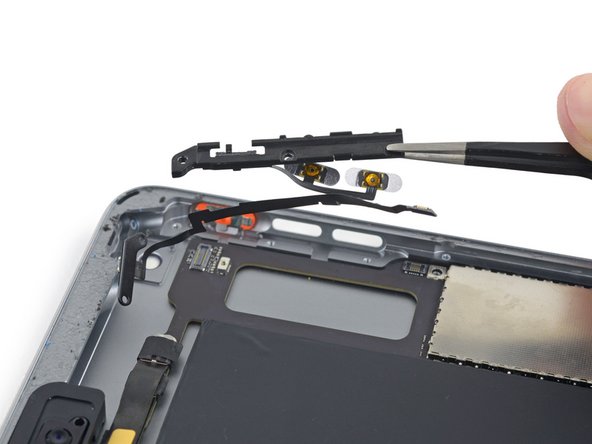 Use this guide to replace the case button cable assembly including the lock/mute switch, and the power and volume buttons in your iPad Mini 2 Wi-Fi. You can also clean, remove, or replace the plastic button covers using this guide.

can you just use a heat gun to heat the adhesive and slowly pry the screen and fold back as referenced?