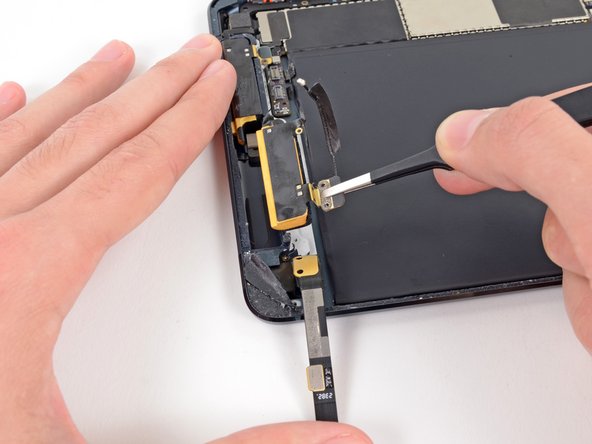 Use this guide to replace the top left antenna.

Out of curiosity, does the cellular connection rely heavily on both left and right antennas or does it rely on one more than another? I have an iPad mini GSM that is saying "No Service", and I can see that the right antenna flex a bit wrinkled--unsure if this is the source of the "No Service" issue. Any help would be appreciated.