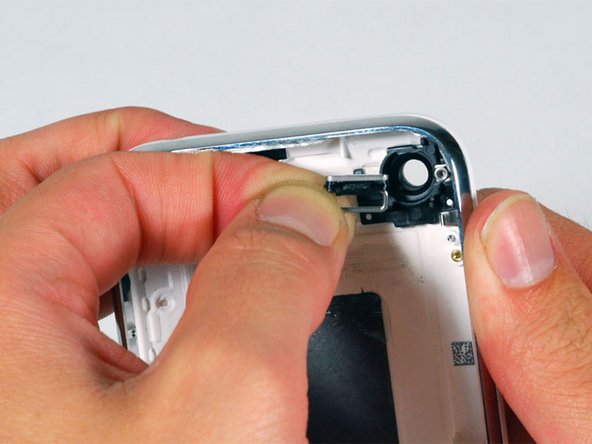 The plastic rear half of the iPhone.

After completely disassembling the phone, I have a leftover small piece (~1cm long) of metal with a screw hole. I cannot for the life of me figure out where this small metal piece goes. Does it have anything to do with the black strip visible still left attached to the rear panel in Step 30?

I have the same problem! cannot figure out where the 1 cm part with a screw hole goes. have you figured out yet?

That part could be the spring that tensions the camera into it's housing, you should see if you can fit it into the small slot in the camera, if so that's your piece.

Help! When I gently pulled on the suction cup to open up the phone the glass screen came away, not the whole front assembly. It looks like it was badly glued down (previous (paid!) repair). How do I now get the front assembly up?

When I gently pulled on the suction cup the front glass came away from the bezel. This seems to be the result of a previous bad repair job. Now I wonder how to pull up the front assembly???