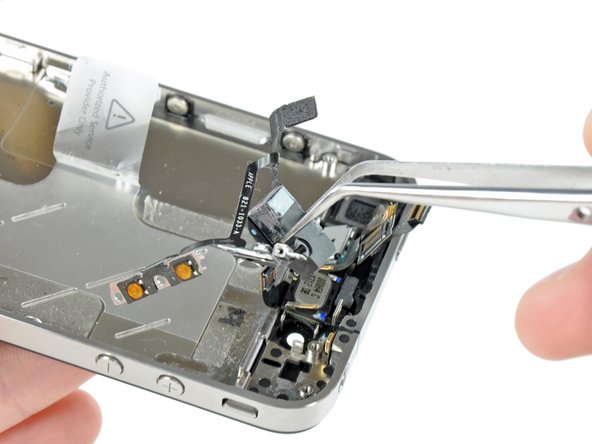 A new headphone jack will also give you new electronic portions of the silent switch and volume buttons.

In my opinion, the hardest part of this repair is bending and routing the flex cable, specifically around the headphone jack and cable connector. There is no picture or clear directions on how to do this anywhere that I can find. If done incorrectly, the flex will tear rendering your whole job a failure.

I agree with Guide and step27. The photos are lacking and a diagram for how to route the cable would be helpful. But after one mishap where I stabbed myself in the eye, all is functional and well in the iphone. No lacking steps, which is good.

This is ^!%# on earth... "difficult" must be changed to "extremely difficult"... the reason is the mutebutton-bracket.... you want 4 very small hands at the same time (my opinion)...

The part most difficult is to place all pieces without break the flat and after that turn the tinies screws. Now I'm happy with my iPhone working like new! Thank you iFixit ;)