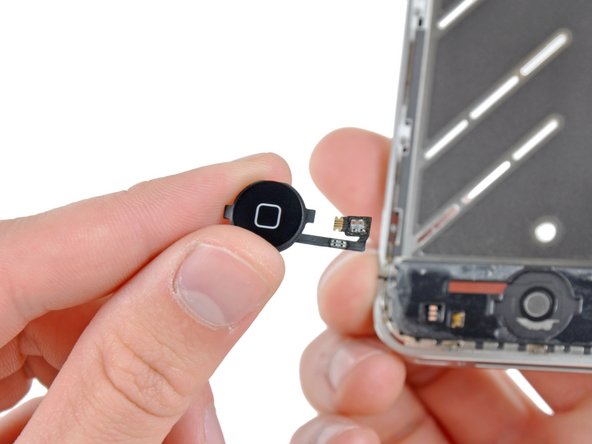 Use this guide to replace a damaged home button to regain use of your iPhone.

Utter and complete failure. Followed the directions to a 'T' to replace my home button. Home button works now. Digitizer and screen now only work periodically. Degreased the connections with windex and it only made it worse.

hey man great tutorial, was wondering if you can make a video?

Job complete. Took me 2 hours and everything is working as good as new. Excellent guide. The only thing I didn't use was Windex but everything worked fine without it.

I bought a new home button on ebay ..

Note to myself: Check home button BEFORE disassembling the whole phone ..

I followed this guide slowly and carefully and it worked perfectly, just used tissue instead of windex and everything is fine, saved me £139 that apple wanted to charge me :)