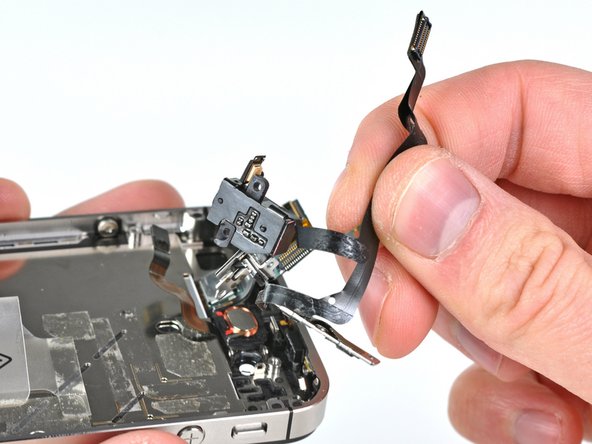 Use this guide to replace the headphone jack cable which also contains the upper microphone and electronic portions of the volume buttons and silent switch.

I do not seem to have a contact tab that screws down with the screw on the right side of the headphone jack. Is it in all phones, or did I lose it?