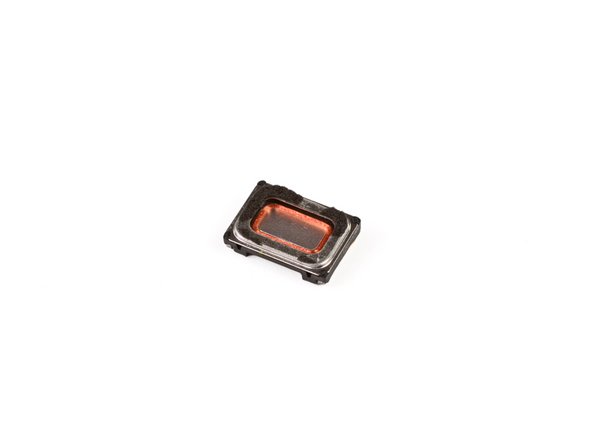 Is the earpiece the same as for the iPhone 4?

Followed the steps and completed this guide with no problems. Very easy to follow and so happy to be able to hear my conversations now! :) thanks iFix it staff!

Fantastic Guide. Helped me to change speaker and Smashed lcd.

Be careful not to over-tighten the red screw in step 14, the head of the screw broke of with very little torque applied:( Apart from that minor mishap I worked though the guide in a little over 2 hours, big thanks for a fantastic guide!!!

I have an iphone 4s belonging to a friend whos speaker appears to be faulty.

When making calls the recipient sounds extremely muffled to the point of being inaudible.

As a technician I have never encountered an issue before whereby replacing the speaker didnt work.

The main test i performed was to take out the motherboard and place it into the chassis of a perfectly working iphone 4s and yet the problem still persisted.

Reason for the above is because it negates the need to individually test the dock connector and other various minor parts.

My question is where on the motherboard where this problem maybe occuring?

Is it the 2 copper plates that connect the speaker part to the m/b.

Is there any other way I can troubleshoot this?

Any help would be appreciated.