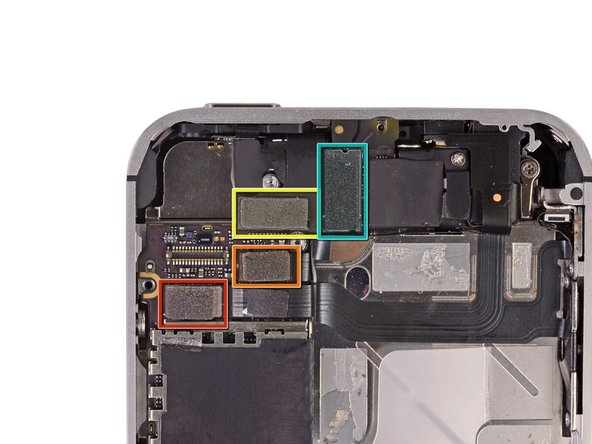 Use this guide to replace your iPhone's logic board.

recently I tried to fix my wifi antenna and ended up disturbing something that made my touch unresponsive. Okay just to make sure that my Display unit was not damaged I plugged in another display set and still the touch was not working!

what could have possibly gone wrong?

What can I say but BRILLIANT!!!!

You have saved me a bomb - very easy and much appreciated!

I had 2 broken iPhones and thanks to this guide I have a working one and a load of pieces :-)

Thank you very much for these instructions, which are aircraft maintenance quality. I had 2 phone: one with broken front glass and bad battery but with 32G. Other one good conditions but only 16G, which left over after getting 5s. So I changed logic board assembly from 32G to other frame and left all the rest inside. Voila, there it is fixed 32G 4s phone ready to use after recharging battery.

Instructions are so good that it takes me about 1 1/2 hour to disassembly and reassembly 2 phones and I had´t done that ever before. I just read instructions first and then followed step by step and checked out comments.

Hi I had a water damaged phone shaped the logic bord to new phone. Phone is working can receive calls ,Sri working , but no display pls help I only want to recover data thanks

Concerning Step 8, I cannot unscrew the 1.2 mm and 1.5 mm screws with the screwdriver #00 (I think). The required tools section doesn't mention needing specific sized screwdrivers. Could someone please help? I have managed to take off most of the screws before and after this step.

Thank you so much. This guide is awesome.

Very good post, after multiple iphone 4S fixes , i know it without reading it !

How does one recover their data themselves? What is the interface used to view that data? I have a dead iPhone 4s from years ago and can’t remember what’s on it. So now that I pulled out the brain, now what? Put it in a working iphone I presume?