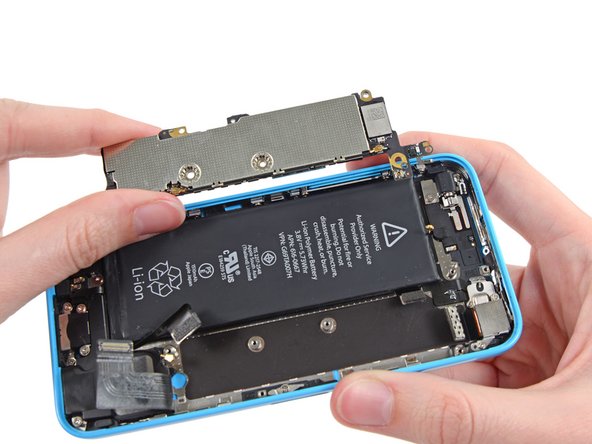 Would a logic board swap be easier than a battery swap between 2 iPhone 5C's? ?

A battery swap would be significantly easier! Here's the battery replacement guide. =)

While I was repairing my phone, I guess the part where I didn't go around was taking out the battery because it felt like it was the more fragile part. This was because I did not have the proper equipment to take it away. This guide was pretty helpful for me in reconnecting cables.

Anyway, I am bothered that as I took out the logic board, there was this golden thing that just slid out of place. It slid from the top portion of the phone, but I do not know where it was originally and I do not know how it was supposed to be placed. It looked like an open box of sorts (but only had 3 sides bent up) and had a hole in the middle. It would be great if anyone would know where it could be placed so I could put back my phone.

Where i can buy this board for iphone5c