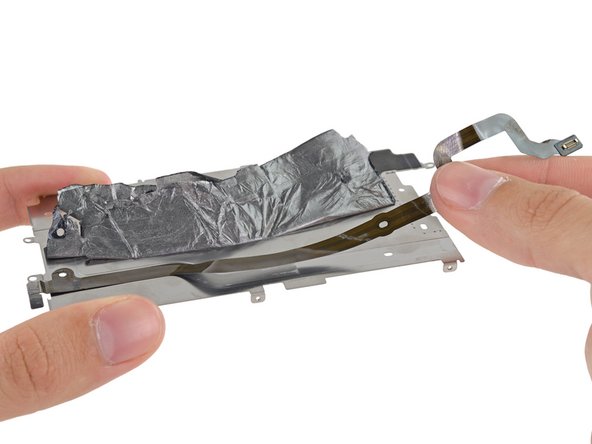 But now my battery is draining really fast - over night. I changed battery, but same problem. Before I changed the felx I was using it with assistive touch, and no problem with battery?

What could have happened / solutions ? - really annoying since it's not my phone.

I tried charge new battery to 100% and then reset all settings .. but still drains battery. Could flex cable be the problem?

Most sellers now will sell the cable with shield and thermal insulation pre-assembled, for slightly more than flex only

Damaging either one can disable TouchID. However, a damaged cable can be replaced, and you should get full TouchID function back. On the other hand, if you damage the home button assembly, you'll probably never get TouchID back without help from Apple, since the original home button was paired to your phone's logic board at the factory.

Iphone 6+…..problem due to fall

my front display is not broken neither is the phone. the phone boots properly but there is no display, for one time the phone opened properly but went back to the problem and it hasn’t since. i checked it in the internet detailing my problems i could not find any.

Please post a the same process for iphone 6s

Just replaced front screen on my iPhone 6 without any problems except, a small black square with a screw size hole in the middle dropped out of no where. Tried to post a help question but no replies, so i reassemble the phone without it (sm blk sqr) and power up the phone. Everything works like new. Thanks Ifixit

Hi dwleersgt! Did you post photos? Could you link your question post? It sounds like maybe an ambient light sensor gasket? You’ll probably be fine with out it though. Great job on your repair!

If you mean the smaller cable that’s attached to the button itself, there are two options—you can either replace the entire button (which will disable Touch ID if replaced by anyone other than Apple or an AASP, but the button click will still work), or you can seek help from someone who can actually repair the cable, which is a tricky (but common) microsoldering job.

Hello my iPhone 6 Touch ID AND HOME BUTTON stopped working after screen replacement and there is no vivid or obvious damage to the flex cables both the home button and touch sensor flex at the back of the metal shield plate … no damage to flex and it’s not working ,,, why’s that ?! What happened it used to work with the old screen before

Does this work for a 6s too?