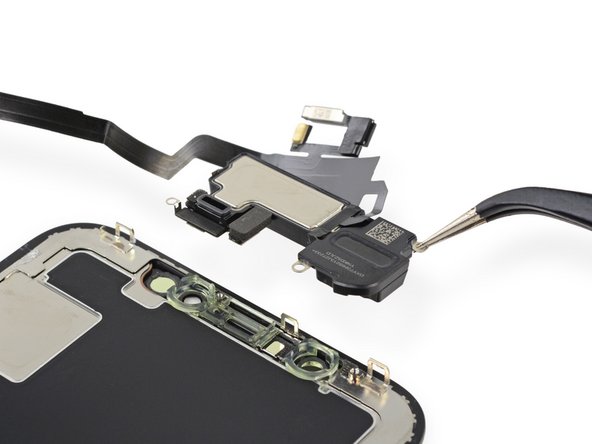 Is it possible to fix the ““Face ID Is Not Available” problem? There seems to be a problem with the TrueDepth camera. Thanks!

@alejandrod I’m afraid Face ID won’t work if this part is replaced. As stated in the introduction, this component is paired to the logic board from the factory (similar to the home button on earlier iPhones). Currently, if you need to replace this part, you’ll have to sacrifice Face ID, or else pay Apple directly to perform the repair. (They have a software calibration tool that pairs the new part to your phone to re-enable Face ID, but they don’t share it with anyone outside of Apple.)

The flex cable was too bent, and now is broken. I’m going to buy another flex cable, but… Are there any ways to recover the Face ID functionality? Desoldering some components from the old one and weld them in the new flex cable?

Flex cables can be repaired by a skilled microsolderer. It’s not a DIY however. If it’s a phone you care about, you’ll want to find yourself a good repair shop with the right equipment and skills. Apple can also repair it, but they will most likely just charge you $279 to replace the entire screen.

My proximity sensor is defective and puts my phone in a boot loop when connected. To replace that, would I need to use a skilled microsolderer to replace that?