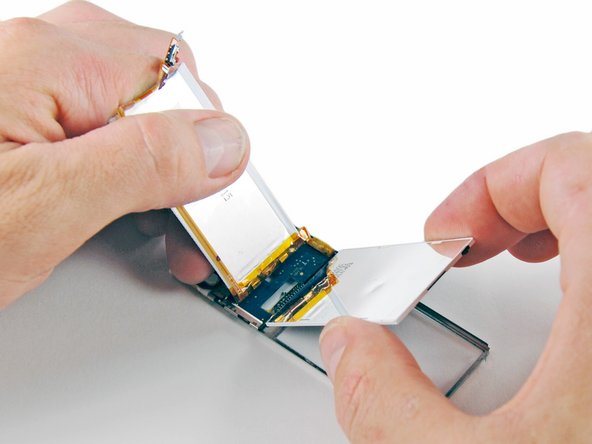 Re-assembly is kind of the reverse of disassembly, but replacing some of the glue may be required, particularly for the camera/mic cover. Sliding the logic board into the housing is an exercise in considerable care - the display ribbon, the speaker ribbon, various bits of yellow tape, all can snag on the lugs around the clickwheel hole, or the camera/mic holes.

what type of glue would you recommend?

Help my ribbon for hold switch fell off!!! Will it still work without the hold switch connected?

I used a cigarette lighter instead of heat gun and worked like a charm.

Sadly my ipod was full of glue and it was not possible to replace the display and broke it. :-(