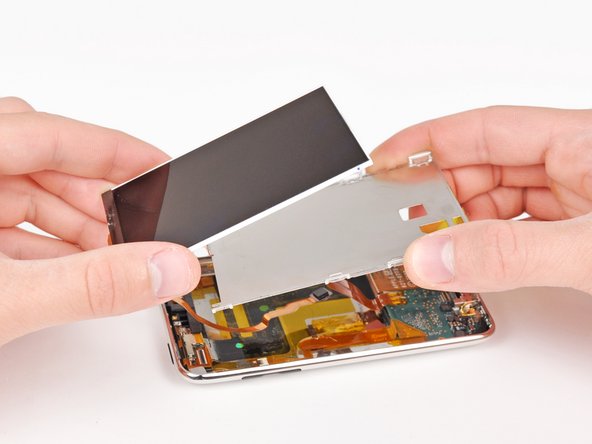 Use this guide to replace a broken display on the iPod Touch 3rd Generation.

A few years ago, the screen of my iPod Touch was failing (at that time, I had left it to my son). I asked for a new display and the iPod came back up. Later we bought my son an iPhone, and the iPod left it to my daughter, but again the display failed again. I requested another display, but now only the "white screen of death" is displayed. It is heard that it turns on, but the display goes white and then goes out. I tried to reset it but there was no success. My MacBook recognizes, it can be seen on iTunes. Any suggestion?

Hi Daniel, I’m guessing that it could be improper installation of the screen or static discharge. It does happen, you want to touch something metallic to discharge the static electricity before handling the screen, and wear gloves too.