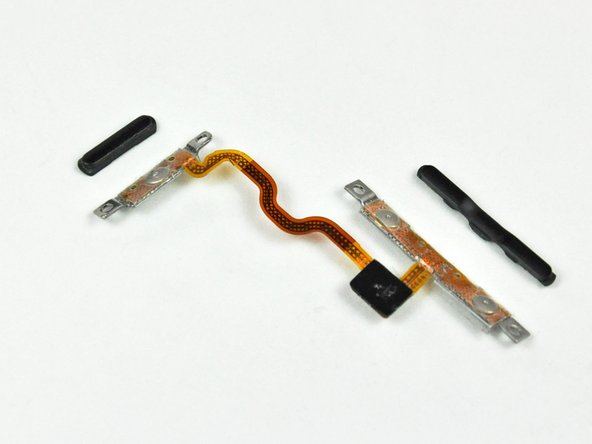 Use this guide to replace the electronic portion of the power and volume controls as well as the plastic buttons on the exterior of the device.

I would really recommend a brad new opening tool that has the edge in order to bite. I also had fairly good luck using the new iFlex.