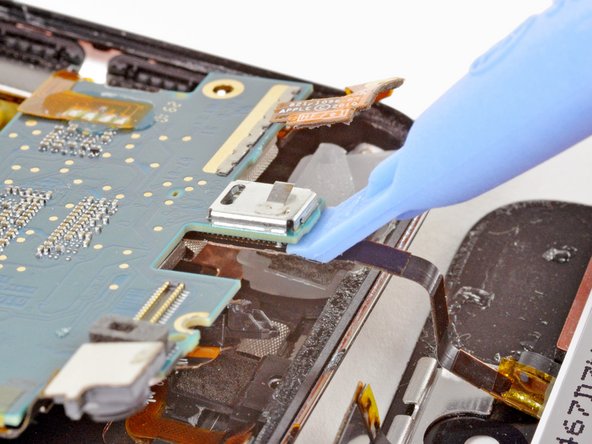 If you bought them separately, be careful when sticking the LCD to the digitizer as the entire surface of the LCD is covered with glue. Once it sticks to the LCD, you will not be able to remove it.

When installing the new panel, it can be quite hard to get the connector onto the board with only one set of hands. You will need to use a second person to hold the iPod and the new front panel in such a way that the connector lines up, then use your tweezers to press the new connector in place. It's pretty much impossible to do with only one person...

will the glass be as it was for before ones

or it will not fix very easily

can u guide me please

This one works great . http://stores.ebay.com/Electronic-Florid...

ah ha, yes, a bit of practice is needed for sure on this, I have done quite a few now and that is by far the most frustrating part.

Biggest fear here is ripping the volume controller flex on the logic board, seen with the 4 pads top left of photo, i have had two rip on me and it's a real nuisance to change out the volume control flex. You can ignore step 10 really as you can still perform the operation without detaching the camera.

Dave - Where did you get a replacement volume controller flex? I can't seem to find much of anything on the subject.