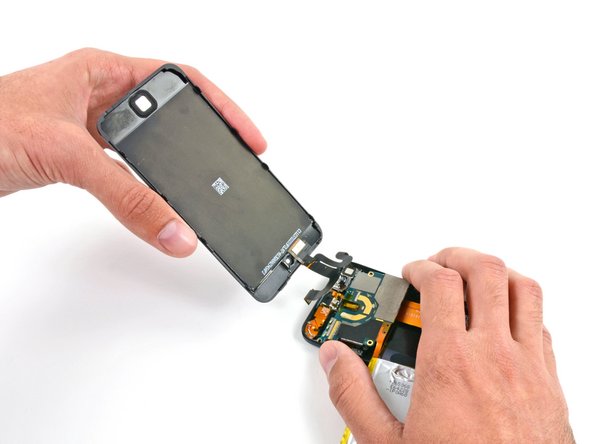 Cracked your screen? Use this guide to replace the display assembly from your iPod Touch.

Note that the pictures shown in this guide are the 5th generation iPod touch. The 6th generation is mostly the same but with some superficial differences.

How on earth do you get a suction on the tape? Mine is in a million pieces. I can heat all I want, but if the suction cup won't stick, it doesn't do any good. I'm going into hour 2 now. =(

YEAH why is this here

How do u replace the battery!

hey so i have an ipod touch 6 generation can and it has the lines on my screen now is there any way i can fix it .like can any cell phone repair store fix it