As Microsoft faces tough questions about how it handled the case of Eric Lundgren, facing 15 months in prison for duplicated restore discs, U.S. PIRG and iFixit noted the tough environment for repair and Microsoft’s role in other repair disputes, and called for Microsoft to come to the table to move repair forward.

Los Angeles – Microsoft is facing widespread criticism for the way it handled a dispute with recycling entrepreneur Eric Lundgren. Among the criticisms are that the company presented misleading testimony about the function of the software in question to increase the penalties—which is provided for free and can only be used to repair a computer with a valid Windows license. Microsoft’s testimony was the basis for the sentence.

The U.S. Public Interest Research Group (U.S. PIRG), a national advocacy organization which works to cut waste and advocate for repair, and iFixit, the world’s leading online repair manual, spoke out, noting other issues abound with repair with Microsoft and other large tech companies, and calling for Microsoft to meet with advocates and discuss how repair can continue to move forward.

“Electronic waste is a rapidly growing problem and by far the best solution we have is repair and reuse,” said Nathan Proctor, Director of U.S. PIRG’s Right to Repair campaign. “Repair saves people money, extends the life of electronics and keep things off the scrap heap. Some 70 percent of the toxic waste produced now is electronic waste. But we face significant barriers to repair from a wide range of large manufacturing companies, and that adds to how much waste we produce. Microsoft has a role to play in coming up with solutions, as one of the leading tech companies in the world.”

“I have a lot of friends at Microsoft, and know many people who have put in significant effort regarding their environmental record, but this was a setback,” said Kyle Wiens, CEO of iFixit.com. “We tried to broker a peace before this got out of hand. I like Microsoft and have a lot of respect for Satya Nadella, but their actions in this case were very discouraging. Across the board, recyclers are innovative and resourceful people who find that they can make more money repurposing hardware than shredding it. But they frequently run headlong into copyright issues. I’ve never seen tactics like those used by Microsoft in this case.”

The case against Mr. Lundgren is not the only example of Microsoft resisting repair. Microsoft lobbies against “Right to Repair” reforms which would give consumers and independent businesses access to tools, parts, manuals and diagnostics needed for repair.

Through the Entertainment Software Association, Microsoft and other gaming companies argue against changes to federal Copyright law to protect repair and address barriers to repair. And while some of their products are designed for serviceability, their Surface line is notorious for being almost impossible to repair.

The Surface’s glued-in battery design is so egregious that consumer protection legislators in Microsoft’s home state of Washington have discussed banning the practice altogether. iFixit recently awarded the Surface Laptop their lowest serviceability score ever, a 0 out of 10, for its completely unrepairable (and likely unrecyclable) design that both glues and welds the battery into the frame. 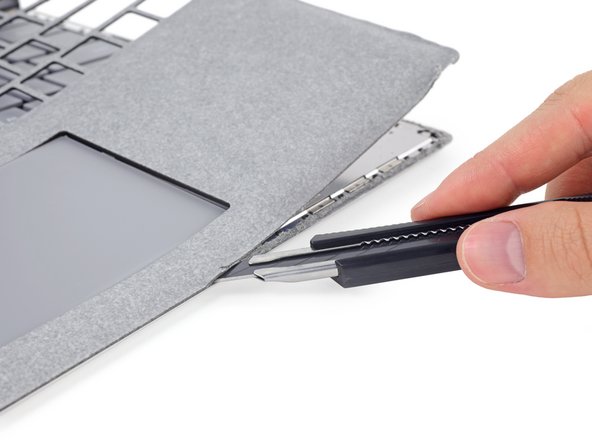 Furthermore, Microsoft has been one of the biggest offenders using illegal void-if-removed warranty stickers to prevent consumer repair. They were one of six companies that received letters from the FTC last month warning them to change the language in their warranties. Failure to comply could win them charges for “unfair or deceptive acts”.

“Companies have gotten too aggressive at pushing us to throw things away and buy new things. What we should be doing instead is reusing more, repairing more, and recycling the rest — ideas that Eric Lundgren has been pioneering,” added Proctor. “Microsoft has a chance to show they can be part of the solution, but they need to step up.”

“We welcome the chance to meet with Microsoft,” added Wiens.

U.S. PIRG has launched a petition calling for Microsoft to apologize and pledge to work with repair advocates moving forward. 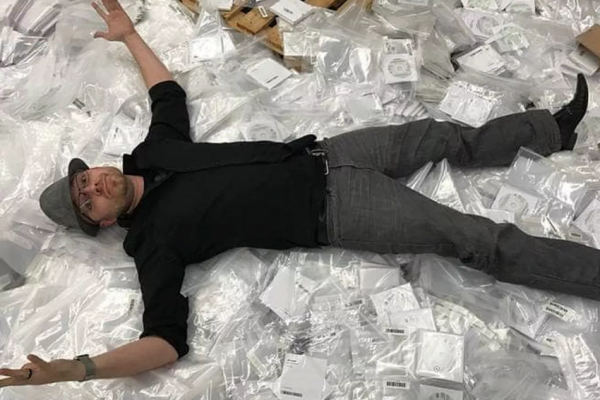