Imagine you’re on a canoe trip and you’ve taken thousands of photos of your journey. Suddenly, your phone falls into the lake and becomes water damaged. You didn’t have an internet signal to back up your photos through iCloud (or the feature was turned off). So what do you do?

That’s what happened to Josephine and Dave Billard while on vacation, according to a CBC News report this week. The Canadian couple’s capsized canoe water-damaged their iPhone 6 Plus with 8,000 photos. Alas, like most of us, they had no backups. Willing to do whatever it took to get their photos back, the Billards contacted Apple and were told that there was nothing they could do.

Fortunately, the Billards were able to track down microsoldering expert Jessa Jones, founder of iPadRehab and a friend of iFixit. She offers data recovery services for situations just like this, where data cannot be accessed until the device is bootable.

Jones was able to use her steady hands to repair the board at the micro level—something you don’t see every day—and got the damaged iPhone to limp through boot up. Lo and behold, the thousands of photos were still there. While the phone is no longer reliable enough for daily use, she was able to get it running long enough to transfer the photos.

A Closer Look at How The Magic Happens

Repairing a damaged logic board requires a detective’s forensic nose and a steady hand. Just like how you’d replace a broken screen or headphone jack, Jones replaces individual damaged components on the logic board. In a more detailed CBC video, Jones discovered that the water damage was in non-essential areas of the iPhone’s logic board. Recovering the photos required making the phone usable again, replacing a few individual chips that controlled functions like USB, touchscreen, and the display.

We asked our own VP of Business Development, Chris Bross, about this. Bross has spent more than 20 years in the professional data recovery industry, so he was able to provide more specifics as to how this kind of data recovery works.

“You need to repair the phone to a point of limited functionality” to recover the data, Bross says. “The phone doesn’t have to work perfectly, you just need to repair it well enough so that it can limp through a power boot to a login screen.”

As both Bross and Jones explain, Apple has a security feature that prevents you from simply yanking out the storage chip and slapping it into another phone. As long as that storage chip isn’t damaged, then the data is still there—you just need to get the device booted and unlocked to recover it.

There is an Achilles’ heel to this approach: If the chips that handle the passcode, Apple ID authorization, or any other security features become damaged, then you’re completely out of luck. “If [certain] chips are broken or fractured that are integral to the security stack, then you’re not getting the data,” Bross explains.

All that is to say: It’s absolutely possible to recover data from an unresponsive, damaged iPhone, as long as you can fix it to a point where it boots up and unlocks. However, Apple’s answer to these situations is somewhat…lazy.

Your Data, Your Problem

We reached out to Apple for a comment on this story, but they did not respond. So I asked an Apple support representative whether photos could be recovered from an iPhone that took a bath, and I received the same answer as the Billards: “If [the photos] weren’t synced on iCloud.com or we can’t get it to connect to a computer, we don’t really have another way that we can retrieve the photos.” 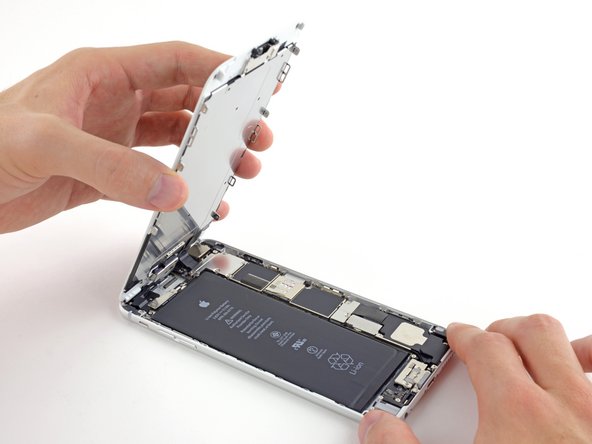 The Apple support rep told me that Apple Stores and Apple Authorized Service Providers “don’t have the tools to try and recover that data.” I was told that I could try going to a third-party store, but “that’s not authorized by Apple.” When asked, my rep wouldn’t recommend any specific data recovery providers. So it seems that although Apple is aware that it’s possible to recover data from damaged devices (Jones estimates that 95% of water-damaged devices are recoverable), they’re not willing to help customers who have that problem.

Not only is Apple mostly ignoring data recovery options, Jones says that her responses on Apple’s support forums are being deleted due to “questionable advice” suggesting that data recovery is possible. Apple may not be ready to endorse independent data recovery providers, but censoring well-meaning forum contributors is questionable at best.

Bottom line: Don’t get into this situation. Back up your iPhone. You can use iCloud on your iPhone (Settings > Apple ID > iCloud > iCloud Backup) or iTunes on your computer. But sometimes, even the best of us need an extra hand—which is why data recovery is such an important service of last resort. Apple just seems to be ignoring it completely. 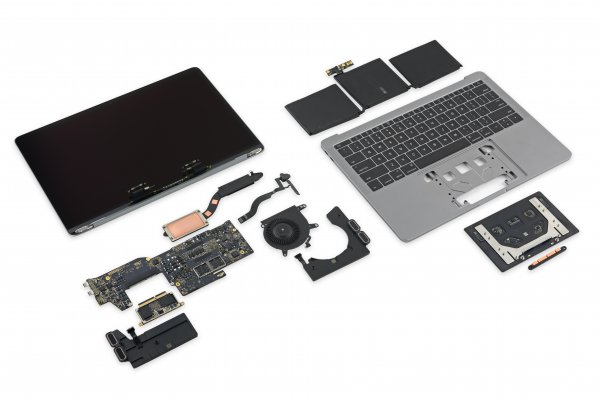 Teardown: What Apple Didn’t Tell You About the New MacBook Pro

You have shared the secret of Apple. But data recovery tool is really the chance when we lost data on iPhone without backup.

What data recovery tool would you recommend? I’ve looked at various third-party companies, but they all seem sketchy at best. I’ve used EaseUS in the past for Mac recovery and it only partly worked.

To @Mike A.: Do not get any recovery tool, none of them work unless you have an iTunes backup or working device, and they only “recover” the data that is present on the working device (BS to be honest). Mac work in a different way than iOS, so the recovery with Macs would work as they do with windows and such. They don’t work with iOS.

I don’t agree with Refael. I used a program, Joyoshare iPhone Data Recovery. It helped me to get the deleted photo back without iTunes or iCloud backup.

After my Apple desktop crashed in ‘07, all of my first born childhood photos were gone. I thought I will never let this happen again. Now I have 3 children. Then, my MacBook crashed over the summer. paid a local Tech $200 to retrieve the photos on an external hard drive Now my iphone. It HAD 32 G of storage, 31 G of it was used for precious family photos. New software automatically updated, the phone crashed out of no where. I am so upset with myself, that I didn’t transfer my photos to a $10 zip drive or just pay $5 a month to upgrade my iCloud storage. I was just caught up in my everyday life and didn’t really think it would happen to me…again. Bad luck I tell you because it did. I don’t even want to buy another apple again. Now the only choice I have is to pay the BIG apple $650.00 to retrieve the photos and videos if possible, find an alternate third party that specializes in iPhone data recovery or all will be lost…forever. I have been cursed by apple.

Hey Brandy, I am in the same exact boat. Please let me know if you have found a solution, here below is my story

This is related to my iPhone XR 128GB

I have not subscribed for icloud backup

My iPhone gave me a message "Storage is full"

But the iPhone started slowing down. So went into general and shut down the phone