Nostalgia hits us all at some point or another. Perhaps the strongest connection we have to our pasts is through the games we played as children—I’m talking video games of course, but if you were a pen-and-paper or collectible card kid, more power to you. Imagination doesn’t break down like old game consoles do.

The video games of yesteryear bore no intent to replicate real life. Instead, they created distinctive worlds full of plumbers and dragons, Pac-People, vertically bouncing paddles and falling blocks. Developers have tried to cater to nostalgic desires with remakes, remasters, and reboots, but they can’t always get it right. Sometimes, nothing scratches the itch like pulling that old console out of its hiding place and blowing the dust from neglected controllers and cartridges like a harmonica.

If you don’t feel like shelling out 80 bucks for a “Classic” edition of a console you already own, then rejoice—getting your old console up and running has never been easier. Here’s a list of our top repairs to revive your old console. (Note that some may require special tools, like a Gamebit screwdriver.)

Old plastics tend to yellow or discolor with age. You could pull out your mint condition NES that was carefully stored in your basement, only to find it looking discolored and gross. But don’t be mistaken: the dust hasn’t magically found its way through layers of cardboard and plastic to dirty your collectable, and the plastic beneath is still perfectly fine. Plastics actually yellow due to a reaction of the bromine in flame retardant introduced to the master batch of plastic during production. Over time, the bromine can migrate to the surface, where it oxidizes, causing a brown or yellow layer to appear. To remove it, you must introduce a catalyst that mobilizes the otherwise stable oxidized bromine.

After years of back-and-forth experimentation, the retro gaming community has gotten a pretty good handle on a process dubbed Retr0bright. Essentially, you need to coat the plastic in a layer of hydrogen peroxide gel—often available cheaply from beauty supply stores—and leave it in the sun (or under a UV light) for a few hours. This guide at How-To Geek (written by one of iFixit’s now-editors) has some pretty detailed steps you can follow. The 8-Bit Guy also has a number of guides on YouTube, including the video above which showcases different methods of achieving the same effect.

For other problems, like cracked plastic or other mistreatment, check out iFixit’s Plastics Repair guide. If you had a younger sibling that treated your game console like a disposable relic, those instructions may help. 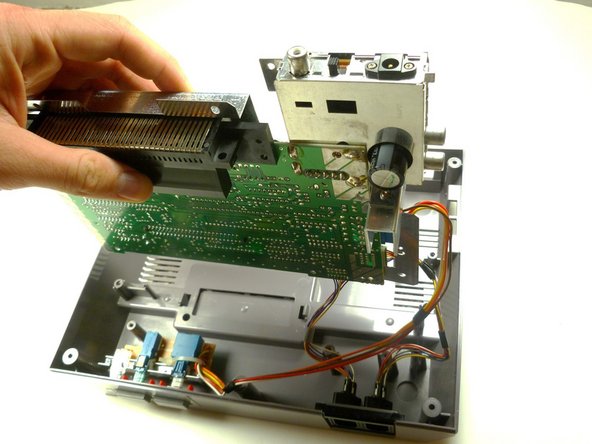 Sometimes that old console needs a little more than a cosmetic face-lift. Let’s say you dispel the dust, untangle ages of cables, find a television that still has Triple RCA input, and the dang thing won’t start. This could be caused by a number of things, but most commonly is due to a problem with the motherboard, the power switch, or the power cable. If your console was stored in a damp environment, it’s most likely the motherboard. If your console took some spills and cables were kinked during storage, it might be a power switch or power cable.

If old faithful just won’t turn on, and you don’t want to turn it into a retro lunch box, you can pick up some shiny new replacement parts from eBay or a similar third-party reseller. Give your console the 1-up it deserves with iFixit’s guides for the NES, SNES, Atari 5200, Sega Genesis, PS1, and even the Sega Dreamcast. You name it, we probably have repair guides for it.

Do You Read Me? 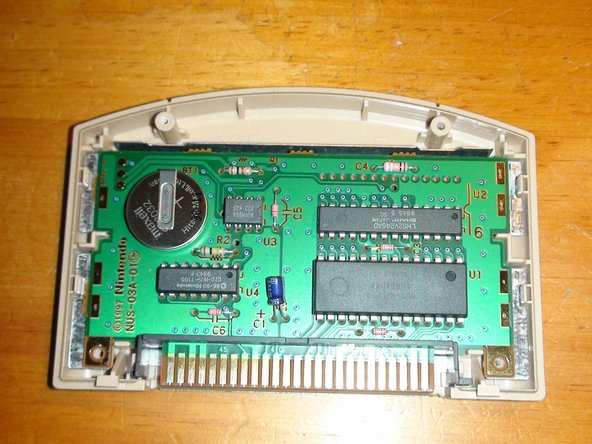 Maybe your console does turn on, but throws an error when loading your copy of Kirby Air Ride. This is obviously unacceptable: delaying Air Ride nostalgia can cause headaches, nausea, and loss of self. If you are working with a disc-based console, you might be able to remove the scratches on that old CD. Or, if it’s erroring out on all games, you can replace the optical drive, so that Air Ride never has to wait again. We have guides on replacing the optical drive in your GameCube, Xbox, PlayStation, and PS2.

For older consoles that use game cartridges, the fixes are a bit different—and don’t involve blowing into the cartridge, which actually does nothing. In this case, errors may occur because the cartridges are dirty, which can be fixed with a little 90%+ Isopropyl Alcohol and a brush or Q-Tip on the contacts. If your console and cartridges have been sitting in some desolate location for quite some time, it’s possible the cartridge’s internal cell battery has been depleted as well. Check out our guides for swapping out the battery on Nintendo cartridges or replacing the battery on other systems. In some cases, you may even be able to do it without losing your precious save data! 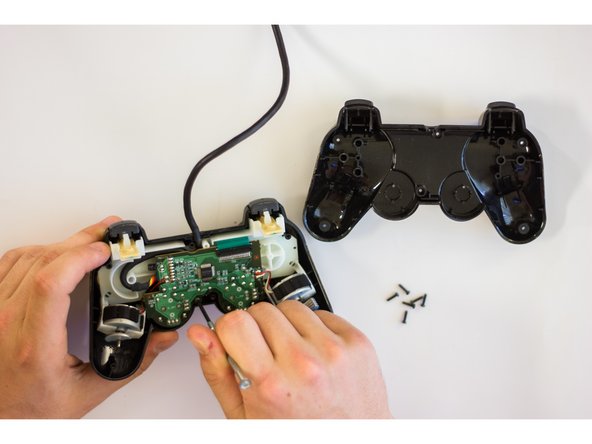 Finally, if you can get your games up and running but can’t get past the title screen, your controller may need some TLC. The cable may need to be replaced, or the internals may need a bit of a cleaning—thankfully, we’ve got you covered.

If your problem isn’t listed here, iFixit’s extensive set of retro repair guides should solve an awful lot of ailments, so check out our full set of console guides to see all the fixes you might need to tackle.

It takes a village to keep every system running and, when repairing old consoles, it’s dangerous to go alone. Take this information on your quest to fix your retro console, and if your favorite console’s repair information isn’t on iFixit, crack it open! Figure out what’s broken, repair it, document the process, and add a guide to our collection of retro console repairs.