On this episode of Repair Radio, we discussed Apple’s expansion into the independent repair market and why that’s still not good enough. We also talked about our Samsung Galaxy Note10+ teardown and answered some of your questions about the device.

Since we brought on a special guest to talk about our Galaxy Note10+ teardown, we decided it would be a good time to answer some questions specifically about the device.

Presley Yong asked, “Is the battery easy to replace?”

There’s not very many steps involved, but removing the back cover is difficult enough that we’d say replacing the battery isn’t necessarily easy. Plus, the battery is glued down and there aren’t any accessible pull tabs to easily remove the adhesive. Instead, it takes some heat and a lot of isopropyl alcohol to dissolve the adhesive.

Armand Sarkani asked, “How’s the repairability compared to the iPhone?”

If you’re just concerned about getting into the phone and replacing a part, then the iPhone is more repairable by a substantial amount. However, since many replacement parts in iPhones won’t 100% function properly (losing TruTone when replacing the display, for instance), that marks down the “repairability” somewhat.

Nathaniel Lopez asked, “Is the technology improving or not?”

Recently, new smartphones are seeing only minor improvements. Compared to a phone from a few years back, sure, the technology is definitely improved. But comparing only last year’s model, there are minor differences that aren’t worth the extra cost.

Luis Silva asked, “What specifically are the sensors that make up the on-screen fingerprint reader?”

The on-screen fingerprint reader on the Note10 is an ultrasonic sensor made by Qualcomm, just like the one on the Galaxy S10. However, we’re not sure if the Note10 and the S10 are using the exact same sensor, but more than likely they are.

Have a Question You Want Answered on Repair Radio?

You can email your repair questions to repairradio@ifixit.com, or tag us on Twitter and include the hashtag #RepairRadio in your tweet. Your question can be anything repair-related, whether it’s how to fix something, tools you should buy, maintenance advice, or anything in between. We’ll pick some of our favorite questions and answer them on the podcast! And if you have general feedback about the podcast, we’d love to hear that as well! 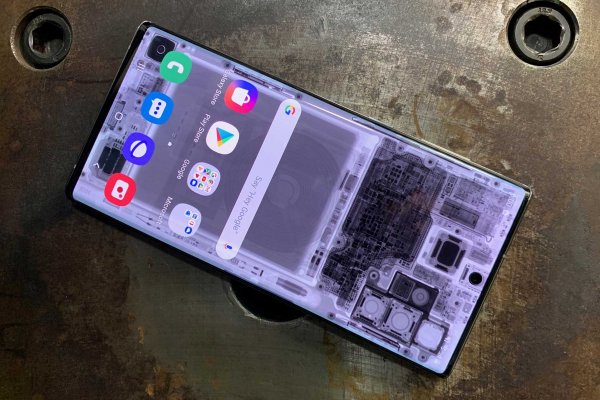 I sent an email to Apple @ "irpapplicant@apple.com", rec. an auto response and a formal application along with request for other info to establish who we were and our experience, which is more than fine. Sent it all in, rec. an auto response that the info wasn’t complete, NO explanation. Sent 4 subsequent emails with NO response whatsoever. I have a bad feeling it might be an attempt by Apple to satisfy so Right to Repair controversy without really doing anything, which is definitely a tactic they’ve used before for similar issues. I remain hopeful, but my gut says I wasted my time with Apple again. -Jay Goldstein, Owner, YeaMac, yeamac.com