Last year, we told you about the hard-fought battle to make cell phone unlocking legal again. In case you’re unfamiliar, unlocking essentially picks digital locks on a phone, so the owner can move it to a different carrier. In 2012, the Librarian of Congress ruled that “circumventing” the digital locks on a cell phone violated copyright laws under Section 1201 of the Digital Millenium Copyright Act (DMCA). 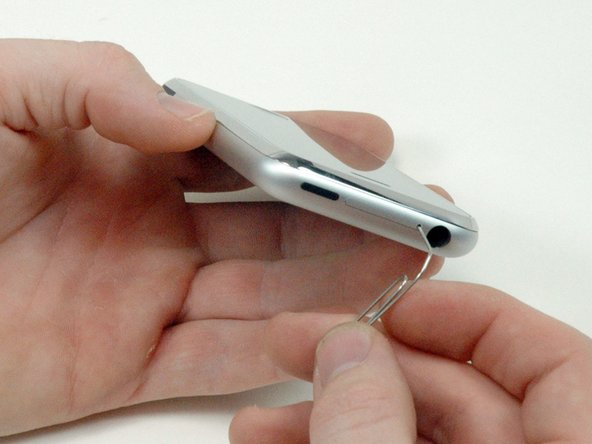 It didn’t matter that no one was “pirating” the content on a phone. And it didn’t matter that owners only wanted to extend their phones’ functionality—to switch carriers after the termination of their contracts or to use their cell phones abroad with a local SIM card. Simply breaking the lock—for whatever reason—violated copyright under the DMCA.

It took a herculean grassroots effort, both on the Internet and in Washington, DC, to pass the Unlocking Consumer Choice and Wireless Competition Act. The newly minted law, which President Obama signed in August, reversed the Librarian of Congress’s decision. Thankfully, consumers are now free to unlock their cell phones on their own terms.

Still, the new unlocking law only covers cell phones. Other devices—like tablets, consoles, and even cars—remain locked down. Hardware in a game consoles, for example, can last a long time; jailbreaking lets consumers repurpose an old console that has outlived its intended usefulness. But because they come with embedded software, the Librarian of Congress ruled in 2012 that game consoles are also subject to anti-circumvention laws under the DMCA. Consoles cannot be “unlocked” legally, and so thousands of gaming consoles that could be reused are tossed away instead. What’s more, our world is becoming ever more computerized. Everyday items, like fridges and thermostats, are just as much computer as they are plastic and metal. Shouldn’t consumers be able to unlock them, too?

That’s what we think. And so does the Electronic Frontier Foundation (EFF), a nonprofit civil liberties organization dedicated to protecting consumer interests, innovation, and free expression in the digital world. Today, Corynne McSherry, the EFF’s Intellectual Property Director, testified at a congressional hearing on the DMCA. Specifically, she spoke to how the DMCA’s “anti-circumvention” provisions harm users, researchers, and tinkerers. Here’s some highlights from her testimony:

… we have seen that Section 1201 has not been used as Congress envisioned. Indeed, the past year has seen an object lesson in the profound flaws of Section 1201, as consumers discovered, to their dismay, that merely unlocking their phones might violate the DMCA. They also discovered that the DMCA puts an unelected official in charge of regulating their personal devices. And they were not happy. Thousands spoke out, the White House weighed in, and Congress passed a law temporarily restoring the ability of consumers to unlock their phones.

We are grateful that Congress passed that law, but we should all be profoundly disturbed that it was necessary to do in the first place.

Traditionally, once a consumer has purchased a product, she has been free to use it however she sees fit. Legitimate consumers of electronic goods have been free to customize their products to better fit their needs; just as car enthusiasts might wish to soup up their engines, consumers may wish to write their own software for their robot pet, install a larger hard drive on their computer, etc. Consumers have also been free to choose competitive add-on or alternative technologies that interoperate with the goods they buy, because innovators were able to develop and distribute such technologies. But in its current form, the DMCA threatens those freedoms.

From phones to cars to refrigerators to farm equipment, software is helping our stuff work better and smarter, with awesome new features. But if that software is protected by DRM, repair and recycling these goods may require circumvention, in violation of Section 1201. That means more people will feel pressured to simply throw those goods away, rather than repairing and re-using them.

We believe the best outcome would be for Congress to overturn Section 1201 altogether. Short of that, the law should be scaled back to ensure that its applicability is limited to the situations it was intended to target: using or distributing tools for circumvention should not be a violation unless the use or distribution is intended to facilitate copyright infringement.

Unfortunately, many Congress members at the hearing got stuck bandying about the specter of piracy, and failed to see what this issue really hinges on: property rights. Hopefully, McSherry’s testimony will help Congress address the underlying DMCA issues that made cell phone unlocking illegal in the first place. Check out McSherry’s full testimony—it’s long, but worth the full read.