For today’s episode of iFixit Teardown Time, we present your pupils with a peek inside the Sony a7R II. Now we’ve been hearing all sorts of hoopla about Sony’s second shot at their mirrorless flagship, so we pried open this pixel-powerhouse to demystify all the smoke and magnets.

Spoiler alert: The hoopla is true. The a7R II is chockfull of droolworthy tech. But what really caught our eye was the electromagnetic in-body image stabilizer. Powered by miracles—I mean magnets—Sony’s 5-Axis SteadyShot stabilizer is the first of its kind applied to a full frame sensor. The sensor floats on a bed of electromagnets that push and pull it to compensate for shaky hands. Users found SteadyShot does its job, but we ripped it open to find out exactly how. Check out the teardown for the gory details. 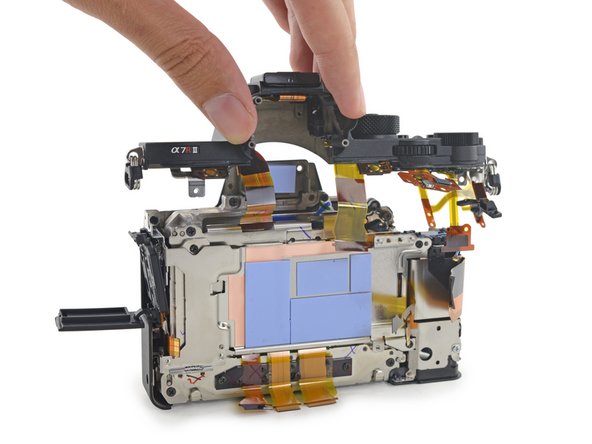 • There’s no doubt that the a7R II is a mighty feat of modern engineering, but repair without a service manual is almost impossible. Accessing anything inside the camera requires the removal of the complex rear LCD panel. And, once inside, the internal components are intricately organized.

• Overpowering some fierce magnets, we discover the central tray of the image stabilizer is home to three electromagnets, each a component of a voice coil—an electromechanical device used for incredibly fine positioning.