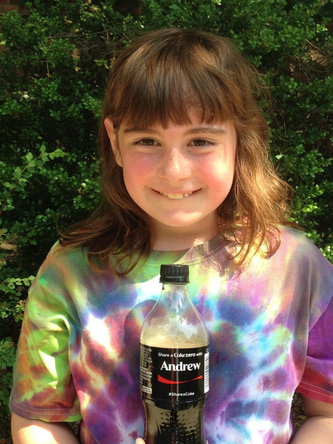 This is Katie. She’s 9, and she lives on the East Coast. By all standards, Katie is an exceptionally cool kid. In case you’re wondering why she’s smiling in this photo, it’s because that bottle of Coca Cola in her hands is supposed to be shared with an Andrew. It just so happened that Katie knows an Andrew. You see, Katie’s cousin is our very own Andrew “Optimus” Goldberg—lead teardown engineer and owner of the disembodied hands that you see in most of our teardowns. Andrew and Katie are also pen pals.

This isn’t a new problem. A lack of repair information and a dearth of spare parts has doomed many a machine before its time. It’s happened to other robot dogs, too. Earlier this year, the New York Times documented the surprisingly touching plight of Aibo owners. Aibos are interactive robotic pets. They were first released 16 years ago, and Sony sold hundreds of thousands of them. In 2014, the company dropped support and repair programs for Aibos. And because Sony stopped production in 2006, the supply of spare parts for Aibos went dry pretty quickly. Aibos that broke stayed broken.

Hoping to save Zoomer from a similar fate, Katie’s mom sent the little dog to Andrew—who just happens to be a repair specialist. Andrew took Zoomer apart* and found the problem: the USB port was completely broken off the board. It looked like a manufacturing defect; the solder joints connecting the port to the board were pretty shoddy. When the port came off, it took a few traces with it, which damaged the board. Andrew tried to solder the port back on, but no luck—even with a microscope.

After the swap, Andrew crossed his fingers and plugged little Zoomer in.

A couple days later, Andrew mailed a fully-charged, raring-to-go Zoomer back to its home. Man and man’s best robotic friend were reunited. And Katie was all-smiles again. Here’s proof.

* No Zoomers were harmed during disassembly.

Sony’s Aibo Robot Dog Is Back, But Don’t Get Too Attached

I, (Printed My) Robot