This is the second article in our ongoing series of posts on the history of screwdriver bits. We’ll be posting one a day leading up to the launch of the Manta Driver Kit and Mahi Driver Kit on Tuesday, April 24.

I learned at an early age that the Phillips is a pretty great screwhead—that it was invented to enable unskilled factory workers to assemble products much more quickly and effectively than was possible with slotted screws (the centuries-old reigning champion). At iFixit, we praise the Phillips’ accessibility and know it as the enabler of repair and the friend of DIYers. Turns out that’s only half the story—and Canada has been hiding the other, fantastic half from the rest of us for years.

Before the Phillips, there was the Robertson.

In the early 1900s, a traveling Canadian tool salesman named Peter Lymburner Robertson was demonstrating a fancy new spring-loaded slotted screwdriver. When the blade slipped off the screw head and cut his hand, he was inspired to come up with something better. His invention? A square socket in the screw head, with a matching driver that fits snugly in the center and couldn’t slip off to one side or cam out under heavy torque.

This actually wasn’t anything new—a square-drive screw had been invented and patented in 1875 by Allan Cummings, but was too difficult to manufacture. Robertson’s design tapered the sides of the square, making it possible to cold form screws by stamping them with a die. This unlocked mass production, and—combined with Robertson’s natural talent for sales—made his screws a huge success… in Canada.

Robertson got to work on his idea right away, borrowed money to open a factory in Ontario, and started fulfilling orders. By 1915, Fisher Body was building Ford Model T bodies in Canada with Robertson screws—for $2.60 per car less than bodies assembled with slotted screws. (That’s pretty significant for a car that retailed at $390). Henry Ford learned of these savings and did his best to work out a deal (including an exclusive license) to equip all of his factories with Robertson screws. Unwilling to give up control of his invention, Robertson refused the deal (probably with an emphatic “screw you”), and lost the Fisher Body customer. Seeing the merit in a screw that his workers could install faster and more effectively, Ford instead struck a deal with Henry F. Phillips, and the lines were drawn.

Today, just as the Phillips is the defacto standard of screws and screwdrivers in America, the Robertson reigns supreme among our northern neighbors. It serves as a point of national pride, and minor smugness—as any Canadian will tell you, it is the superior bit in all ways.

PS: As a Phillips-raised American, I only recently came across a Robertson in the wild. Replacing a shorted-out outlet, I discovered that these days, receptacles feature combination slotted/Phillips/Robertson screws—that work best with a Robertson’s driver. 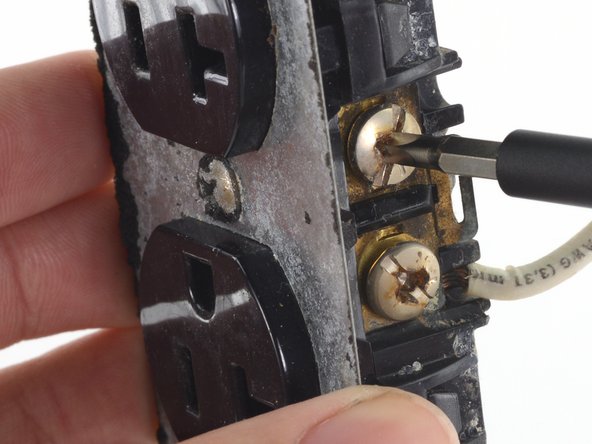 So if you’re going to be working on household wiring, or if you’re just a hardcore Canadian sympathizer, remember that both our Manta Driver Kit and Mahi Driver Kit include the Robertson (Square) bit in a full range of sizes.

While you’re here, read yesterday’s post about the Flathead. And be sure to join our mailing list—you’ll be the first to find out when the Manta Driver Kit and Mahi Driver Kit drop on Tuesday.