Grab a toolkit for your iPad mini 4G model and fix your broken tablet! 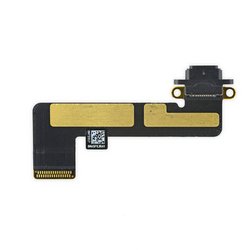 Replace a lightning connector compatible with the 1st generation iPad mini model A1432, A1454, and A1455. Fix problems with charging or connecting to USB devices. Install...

Apple released the iPad mini in November 2012, a smaller and lighter version of the iPad tablet featuring a 1024-by-768 163 pixel per inch touch-sensitive display, a dual core 1 GHz processor, 512 MB of RAM, and three flash memory options of 16, 32, or 64 GB. External connection and power supply is handled by a Lightning port, in place of the Dock Connector port of earlier iPads. The iPad mini has a rear-mounted 5 megapixel "iSight" camera and a front-mounted 1.2 megapixel "FaceTime HD" camera. The iPad mini can be identified by the model number printed on the bottom of the rear case, A1455 for the GSM/CDMA/LTE model and A1454 for the GSM/LTE model. The GSM or CDMA versions offer LTE data connectivity through either AT&T or Verizon in the United States.

The most common iPad mini repairs are replacing a cracked screen or a dead battery. iFixit has complete repair kits for an iPad Mini screen or iPad Mini battery.

The iPad mini front glass panel is held to the aluminum case with strips of adhesive. Once the device is opened, this adhesive will need to be replaced. Our iPad mini repair kits include the needed adhesive.

Once you've bought your parts and tools, check out iFixit's iPad mini repair guides for step-by-step instructions on how to make the fix.

The iPad mini earned a 2 out of 10 in iFixit's repairability assessment. Watch the Teardown Review for more: