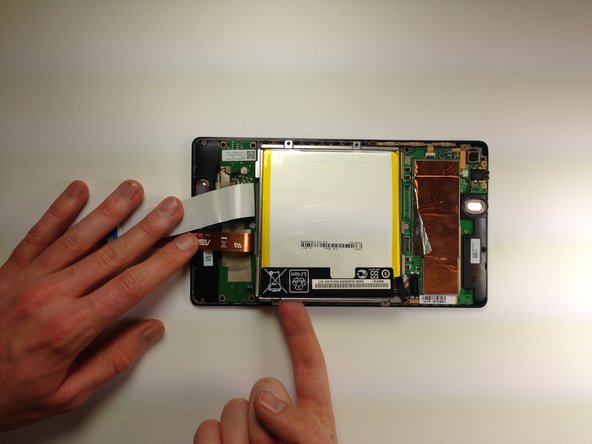 My Nexus 7, 2nd Gen battery began to show it's age and I decided to repair it because it makes too much sense environmentally and financially to put a new battery into an otherwise functioning device.

I bought a $10 tool kit on Amazon and that made it easy to open the case. I reviewed the advice from Ifixit and checked out a few other web pages. It took me about 10 minutes to repair.

Initially, I bought a battery from a vendor on Ebay. The first one I received was DOA. After a period of weeks, I received a replacement that looked good at first, but quickly lost it's ability to hold a charge. I believe that these batteries were just cheap knockoffs.

I stuck with it and I figured that the Ifixit battery, even though it was advertised as "used," would at least meet OEM specs. Two weeks in, it appears that it does and I'm satisfied with it's performance.

My advice? Get some assurance that you are truly buying a quality battery or you might waste so much time that it's not worth doing. That is not at all easy to find out.