Use a heat gun and playing cards and watch a video 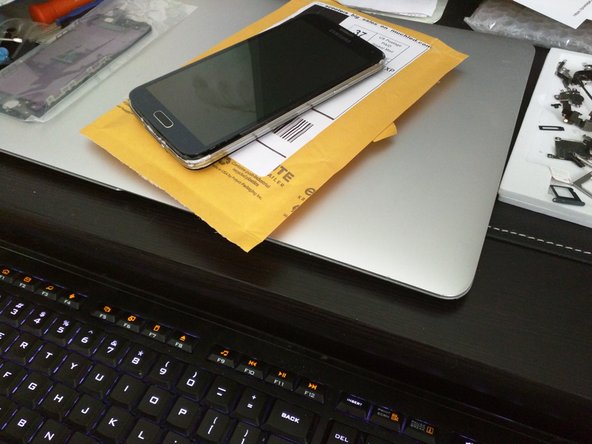 Hardest part is removing the screen. I used playing cards instead of a metal/plastic tool and most importantly plenty of PATIENCE. Also, I used a heat gun on the face of the screen for 20-30second rounds while moving the gun constantly to not keep the heat in one place. I probably blasted the phone with heat, while holding the phone around the frame with my bare hand to judge the heat, about ten to twelve times before I successfully removed the screen. There's adhesive under the screen that needs to be heated up and removed and using playing cards offered rigidity and a soft enough touch to not damage anything. I shaped the playing cards with scissors and at times folded cards in half to pry up the screen once I was able to get under it. I advise using a flashlight to look under the screen to see where you're at. Your replacement usb board will probably have replacement buttons (mine certainly did I'm just saying might as there are different models out there.) So don't worry too much about the back and menu buttons.

Test everything before using adhesive when putting the screen back on-- if you know you're an impatient hothead don't do this and just buy an external battery charger -- because you'll probably break this as it's one of the hardest phone to repair.

Way to be resourceful using playing cards :) Glad it all worked out!