Over the summer my PS4 stopped recognizing discs. I opened it up, didn't see anything obviously mechanically wrong. Cleaned the lens, no luck. Tried various software fixes I found online, no luck. Finally admitted defeat and after much confusing research about the right model number, ordered a replacement from iFixit, where the order ended up being cheaper than anywhere else.

After my experiences of opening up the PS4 over the summer, replacing the Blu Ray drive was a snap. Took maybe 20 minutes and worked like a charm.

My model PS4 is the 12xx series, which doesn't require a Blu Ray drive motherboard like most YouTube videos say. You just need the replacement drive. Carefully pull the ribbons of the old drive directly out of the motherboard -- there's no unsnapping plastic connectors like you would expect. Slide the new drive ribbons into the old connectors on the motherboard, and that's it. Surprisingly easy. 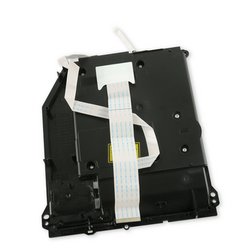