Nexus 7 left behind, but not forgotten! 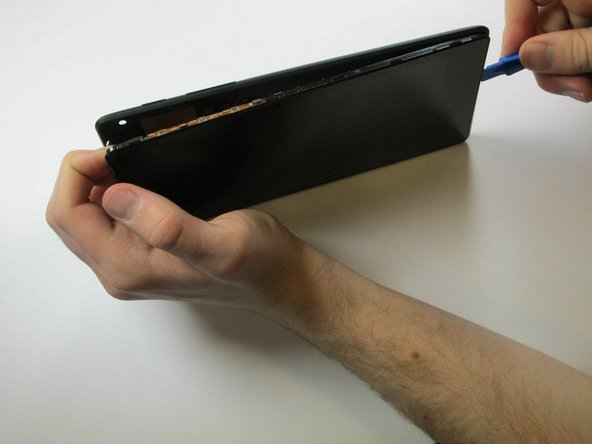 I was one of the many Nexus 7 tablet owners that bought the tablet from a source other than Google, and I was abandoned by Google once my tablet was soft bricked by an update. I tried like !&&* to get my tablet repaired, but no one had any clue what to do. It had been about a year and a half. Still had my tablet in a drawer, didn't get rid of it, and I'm glad I didn't. Recently did some more intensive searching online and found a post with some interesting ideas, so I decided to give this little tablet one more try. I purchased a used, but working motherboard from iFixit! And thanks to their tutorial, I'm writing this account from my Nexus 7!

The repair went flawlessly! I was nervous because some of the screws were so small, I didn't want to break anything. I took my time, drew a template of the area of the tablet I was working on, with all the screw locations, and that helped me keep it all straight.

My only advice is to remember how Google treated us when there was a problem, and don't support a company that abandons it's customers when there's a problem. I had a Nexus 5, and this Nexus 7 tablet. Needless to say, I got rid of my Nexus 5 phone for a Samsung Galaxy phone.