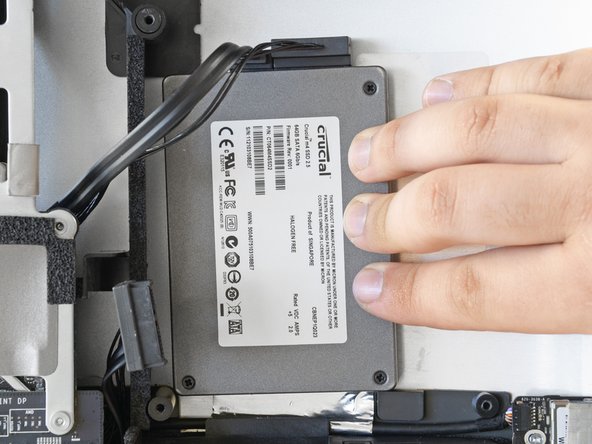 I recently upgraded my late 2009 27" iMac to a mid 2011 27" iMac, which from all outward appearances are identical. The performance boost from the 3.06GHz Core 2 Duo to the 3.1GHz Core i5 Quad was excellent. However, after reading on ifixit.com about how easy it is to install an SSD in the 2011 iMacs, I decided that the further performance boost of having my boot drive be an SSD was within reach. Total cost $175 vs $600. It's only 64GB, but I only wanted it for the boot drive anyway, so there is plenty of room for that.

Very well. I just followed the steps and it took about 30 minutes.

After watching various videos around the net, I decided to leave the iMac in a standing position, which I believe made removing the LCD easier, but I think laying it on it's back as the ifixit guide suggests is better for the remaining steps. If I had to do it again, I would have laid it down after removing the glass and LCD.

Also, I had spent quite a bit of time familiarizing myself with the inside of the iMac by watching the OWC video, a couple of others on youtube and reading the ifixit guide prior to opening it up, so I felt very confident once it was open.