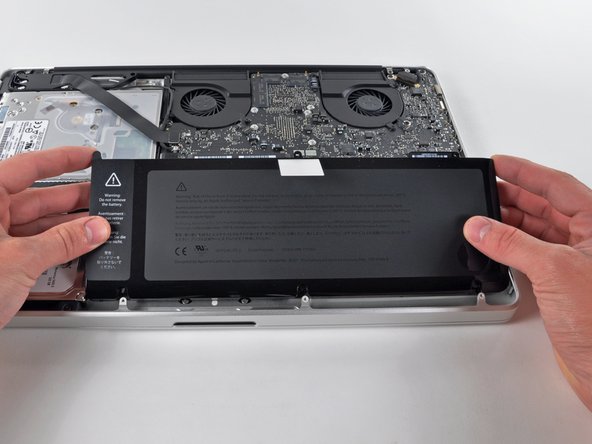 My mother's mid 2010 MacBook Pro was running slow and the battery was about to die. After usual check ups (freeing disk space, cleaning desktop, repairing permissions, etc.) it was time upgrade RAM from 4 GB to 8 GB. The battery was also on its last legs so it had to go too.

The repair went smoothly. Thanks to good iFixit guides. At first I removed the old RAM chips and the battery. Then I replaced them with new RAM chips and a new battery.

The replacement procedure went smoothly. Only one of the three screwholders (see a hidden Tri-Wing screw on step 4) on the new battery was slighty dent but not too much - so no problem with it.