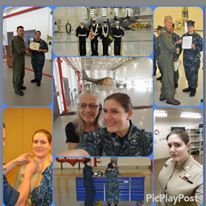 Hello, my name is Cheyenne Henderson. I am a freshman studying Aerospace engineering at Embry-Riddle Aeronautical University at the Prescott, AZ campus. I am a former U.S. Navy aircraft mechanic. I worked on the C-130 Hercules for 7 years traveling the world fixing her everywhere we broke down. Which was often, considering the Herc is 1950’s technology, and spare parts are few and far between. 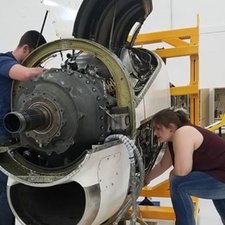 As an aircraft mechanic, you cannot just throw a part away when it decides it doesn’t want to work anymore. I’ve had years of experience repairing old parts and making them function properly again to get multiple aircraft back up into an airworthiness state. Along with being an aircraft mechanic, I also work on my vehicle when a problem pops up. I’ve been known to troubleshoot an electrical code and even change my own brakes and rotors. I also am in the middle of building a house from the ground up. So I’ve been able to figure out the wiring hiccups and construction messes along the way. Online guides have been a huge help. 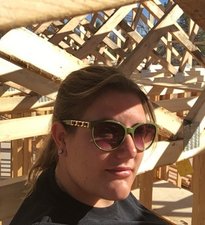 My next career goal is to become an Aerospace Engineer with my A&P license. My dream would be to testing new engines and work on the aircraft hands-on out in the field. I do not want to be the type of engineer that only designs the engine from a computer. 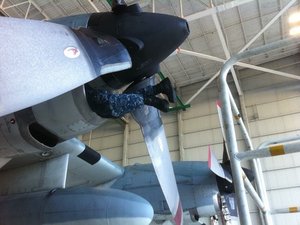 (Me in the middle of a compressor blade inspection)

As a member of the Eagle Aerosports build team at ERAU we are currently building a Vans RV-12 kit aircraft which we are modifying to conduct experiments as it flys as well. As a part of the build team, I am responsible for following the instructions and assembling the body, engine, and avionic components of the aircraft. 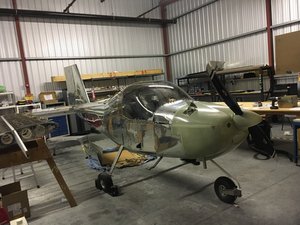 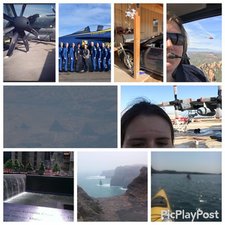