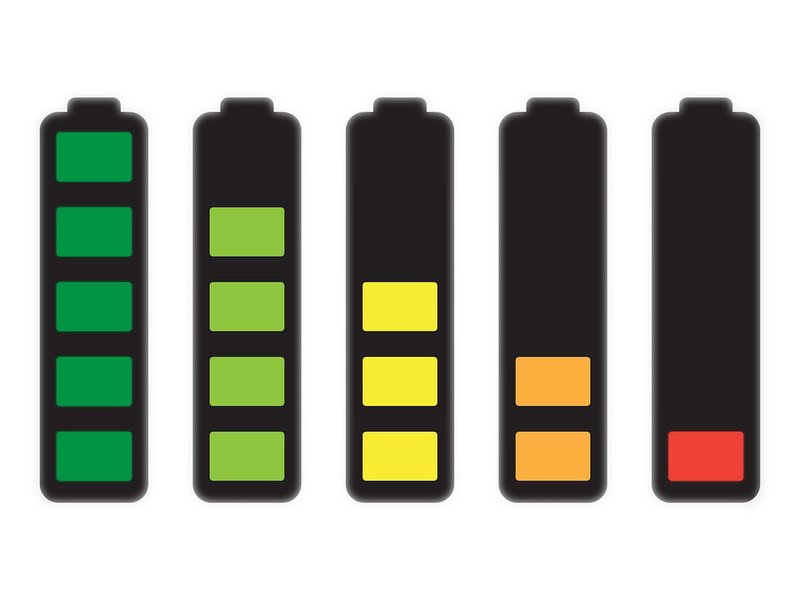 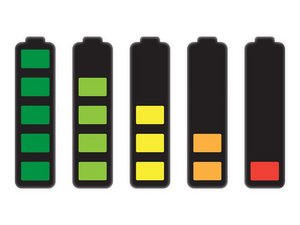 All newly-installed smart batteries should be calibrated as soon as possible. This helps your phone or laptop get an accurate reading on the battery’s state of charge.

Without calibration, the battery percentage reading will be incorrect, and your device may behave oddly—shutting down suddenly even though the new battery “reads” half charged, or working for hours when the battery reads nearly dead.

How to calibrate your battery

For phones and tablets:

Apple MacBooks with Thunderbolt 3 ports running macOS Catalina 10.15.5 or newer have a battery health management feature that can prevent the MacBook from charging to 100%. If your MacBook has this feature, turn it off before beginning calibration.

It’s best to perform this process periodically (about once a month) to ensure that the battery remains properly calibrated throughout its lifespan.

For a good read on battery calibration, see this page. This article on fuel gauges is also instructive. What follows is our summation.

The fundamental problem is that there’s no reliable way to know exactly how much energy a battery holds at any given moment. (It’s an electrochemical storage system that is always changing and decaying, and never behaves exactly the same way from one charge to the next.) About the only reliable way to gauge it is to fully charge the battery, then fully discharge it and measure the difference (a.k.a. coulomb counting). Obviously, we can't do that every time we want to check the battery level, so we have to use indirect methods—storing all kinds of usage data and using that to calculate an estimated % state of charge from moment to moment. Over time, that calculation tends to drift and become less accurate. And on a brand-new battery, there’s not really any good data to work with, so the model will be way off. Calibration helps keep estimates accurate by setting new “full charge” and “full discharge” anchors in the battery management system so it doesn’t have to guess. We're still playing Pin the Tail on the Donkey, but calibration tells the battery management system, "Hey—the donkey is over that way."

What do “full charge” and “full discharge” actually mean?

Here’s the nub of the problem. How do you update those “full charge” and “full discharge” flags? The above-linked page at Battery University puts it this way:

To maintain accuracy, a smart battery should periodically be calibrated by running the pack down in the device until “Low Battery” appears and then apply a recharge. The full discharge sets the discharge flag and the full charge establishes the charge flag. A linear line forms between these two anchor points that allow state-of-charge estimation. In time, this line gets blurred again and the battery requires recalibration. Figure 2 illustrates the full-discharge and full-charge flags. 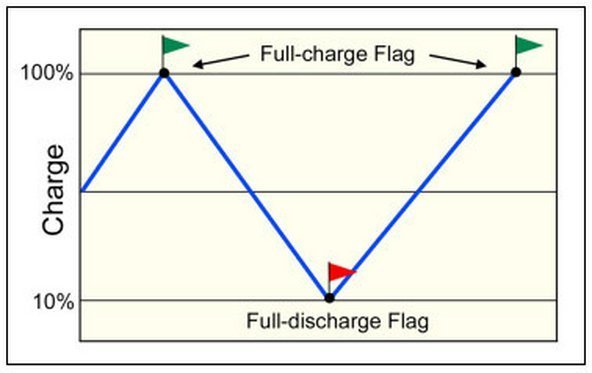 Figure 2: Full-discharge and full-charge flags. Calibration occurs by applying a full charge, discharge and charge. This is done in the equipment or with a battery analyzer as part of battery maintenance.

Two things to notice here: (1) According to this page, it’s not enough to drain and then charge—you have to start by charging it fully. And, (2) “full discharge” is ambiguous—the figure seems to indicate that the full-discharge flag will be set at 10%, but the whole problem we’re trying to solve is that the % reading is inaccurate. How do you know when you’ve drained your battery “below 10%” if the battery reading is inaccurate? You don’t! For example, we've installed numerous batteries that eventually gave a “low battery” warning and then continued to work full steam for hours on an indicated battery charge of 1%. In short, “calibrating" a battery by draining it “below 10%” is futile. It’s like giving someone a car with a broken fuel gauge and telling them to drive until the tank is ¼ full.

What seems to be going on here is, the graph above is meant to show the actual chemical state of the battery and not the % indicated to the user, which can be quite different. User-facing software may claim a battery charge of near zero when the actual chemical state of the battery is closer to 10% charge. This is done deliberately to prevent the battery from ever discharging below a safe level where battery damage may occur and the system may not be able to reboot. In short, the system always shuts itself down with a little bit of charge left in the battery as a safety measure, but it doesn’t show that reserve amount to the user. As one commenter on the above-linked article pointed out:

Remember there are two different (but connected) systems at play, the battery management system, which monitors and controls the health of the battery, and the software user interface (and associated power control software), which reads data from the former to display an indication of battery charge status and level and respond to various flags (like shut down when the discharge flag is set).

It would be great to confirm all this by checking Apple’s official battery calibration procedure, but they seem to have purged it from their support site under the premise that their newer batteries are calibrated from the factory and are not user-replaceable. However, you can find it quoted in a number of forums as follows:

To calibrate a portable computer battery:

Note that Apple seemingly doesn’t trust your system to know when the battery is fully charged  or discharged, and wants you to keep it on the charger an extra two hours just to make sure, before you proceed with the calibration.

This seems to align with what we’ve learned, and matches other battery calibration DIYs around the web.

I have a question. When calibrating my battery ( for a Samsung Galaxy Note 5) would it be bad to use fast charging? Thanks!

@linktoad I don’t know the answer to your question but let me provide a data-point. I had my kid’s Samsung S7 Edge’s battery replaced by a 3rd party and it never worked right … even after discharging and attempting full charge with the blessed Samsung charger. It would at best go up to %65 but it got even real bad and would not stay on. I placed it on my external Anker battery and all of a sudden it was reaching %99 and after full charge I’m seeing it at %88 after over 6 hours. So I think you may have touched on something - it might be beneficial to charge with a “dumb” source for the calibration process.

using a 3rd party battery is BAD! they have a tendency to EXPLODE and you’re a FOOL for choosing not to buy a proper replacement battery

He never said that he used a 3rd party battery, he just said he asked a third party to replace it, there is a difference. Next time, read carefully before actually judging someone. Plus, no one wants to hear your criticism, if you don’t contribute, then you probably shouldn’t say anything at all. Plus, its none of your business, who cares if they have issues, its not like you’re helping them with the issues

Everyone else, I’m sorry for detracting to the conversation.