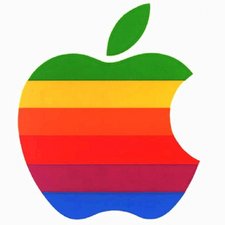 Sometimes with no apparent correlation with internal hardware temperature my iMac screen shuts off, but the computer itself still running (I can type something, use it...as usual, but the monitor is off. I can see my desktop if I point it to direct sun light).

I've tried to restore the original configuration but it's the same.

There is not an exact delay time before shuts off; it can happends some minutes after startup, some hours later or some weeks later.

To restore it I need to put it in stop (with the power button) then press it again to awake it. It turn on again without any problem.

Your LCD backlight is on the way out. You could either connect to an external monitor or get/do a LCD replacement.

If this answer was helpful please remember to mark it accepted.''

it is not this. i had replace this and charge me and the problem persisted.

It's the back light of the screen which has stopped working sounds to be a common fault with imac computers buy a windows laptop and never have to deal with that $@$* again. My $4000,00

Imac shat itself after 3 years now in a box in the garage ready to be dumped, the biggest waste of money I've evey lost with no help from Apple

I just read this: The cause is heat. The SMC fan is not cooling down the system which is then shutting down because of the heat.

There is a temperature sensor in the drive to supposedly prevent this. However, if you've changed your drive like I did, and replaced it with a drive that did not have a temperature sensor, thent he fan controll gets all confused, doesn't turn on properly, everything heats up and then shuts down.

This also happens on factory installed drives when the temperature sensor goes bust. A lot of Apple's early drives for iMacs and MacBooks were really cheap and the sensor failed. I had to replace my factory isntalled drive because it failed. (Thank you time machine).

The solution is a simple FREE software download called SMCfancontroller that turns your fan on at specific RPMs, and turns it off when you aren't overheating. I installed the software and haven't had a "go to black" moment since. The software can be downloaded here: http://www.macupdate.com/app/mac/23049/s...

The fan is fine, yes it looks like it's getting hot in there at times around 50c, you can download Macs fan controls cooling won't bring back the screen from cutting out. It it was overheating the whole computer would shut down, these computers are still operating in the background.

Done the SMC thing, done the open up and clean the dust thing, done the reset the PRAM and SMC. Done everything. Have been dealing with this for years on and off. All nonsense, It's Firmware problem.

My MacBook never had this problem until I replaced the magsafe adapter with an non-Apple charger (the Ostrich Replacement Macbook Charger 60w Magsafe L-Tip Power Adapter Charger) during the heat of summer. Whenever I was working the CPU heavily while the ambient air temperature was hot (20-25C or so), first the monitor would repeatedly shut off, and soon the entire machine would spontaneously shut down completely. The computer felt quite hot, so at first my solution was to shut it down for 20 or more minutes to let it cool off. But whenever I used the MacBook for long periods of time in hot temperatures, even this proved to be only a temporary solution. Ultimately, I ended resting the machine on top of a medical cold pack just to keep it running for an hour or less at a time. I then tried three of the solutions mentioned in this thread.

First, I tried resetting the PRAM, but this had no effect at all, as far as I could tell.

Second, I followed @jurgenkoppen's suggestion and downloaded smcFanControl, but unfortunately it didn't help nearly enough. I then switched to a different fan controller, MacsFanControl (https://www.crystalidea.com/macs-fan-con...), which worked much better. It's slightly more complicated to use than smcFanControl, but not by much; I set it to display the temperature of the CPU Diode, which consistently ran very hot very quickly, and I set the exhaust fan to run on auto. These steps immediately began to cool down the whole computer, and maintained a relatively lower temperature.

My MacBook still runs too hot when I work it hard, probably because of faulty hardware, but it doesn't shut down anymore after I made these changes.

Try a SMC reset. Worked for me on my iMac. Just unplug the computer from the wall for 15 sec. Plug it back in and wait 5 more seconds. Then turn on the computer.

Please reset PRAM 5 times by keep pressing Command, Option, P, R hearing 5 chimes except the first regular one. That will resolve the issue. If not, come back here and let us know. We will try to resolve it.

I tried but still not working. Extranal screen is working but main display is not coming

Tried this but did not hear any chime or any other reaction. What to you think of the fan control option?

Ring Apple, and get them to pay for a new screen and graphic card like they did for me. The only way.