I have owned and returned two of these units for several reasons.

My first unit had an audio issue, and the second unit had yellow tint.

Will ifixit attempt to tackle a repair for the yellow tint issue. Some claim its because of the way the lcd is installed because the dell monitor of the same panel doesn't have the issue.

The cause of the yellow colouration is easy. The cure is not.

The LED string at the bottom edge of the LCD is screwed to a heatsink across the width of the screen. Reflective tape is installed so as to enclose and form a light-box.

It is the reflective tape suffering discolouration where it is in close proximity to each LED, that is doing the deed. 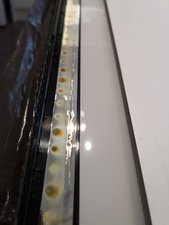 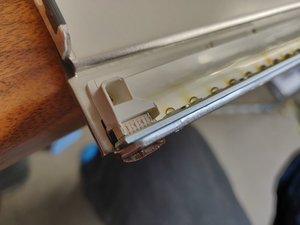 Is it overheating of the LEDs, or is it unfit for purpose tape?

I have tried just water, then isopropyl alcohol. Neither cleared the problem.

Further to my hurried response above:

The particular Imac I'm dealing with is the mid 2010 21.5 inch model. It also suffers from the mysterious smudging too, visible at the top left part of the screen. This is an actual residue situated directly behind the LCD sandwich, which is in contact with a polarizing and diffusing series of films which are kept in register during installation.

The smudge does have a peculiar look of having been condensed on to the surface, rather than infiltrating from outside the panel.

Perhaps it is the result of the overheating of the reflective tape, vapour? and smoke? which condenses and collects at the top of the screen.

Back to the yellowing!

The LEDS are directed vertically into a plastic light-pipe/diffuser about 3mm thick, which conveys and distributes across the whole screen. The bulk of their on-axis output enters the light-pipe at low incident angles, so is relayed to the top of the screen.

The peripheral output of the LEDs suffers reflection by the yellowed tape, and thus tainted, enters the light-pipe at high incident angles, which exits to the front, at the bottom of the screen.

White LEDs are actually blue LEDs, but with a yellow phosphor/filter covering., so they do look yellow.

I recently booted my 2008 imac after a few years of not being powered up. It now has the yellow tint and this condensation-like look behind the LCD. Was a way of fixing this ever found? Id like to be able to start using the machine again if possible.

This unit should still be covered under warranty. I would call Apple on it at 1-800-SOS-APPLE. I would also take out AppleCare to extend the warranty for another two years. After having two units go bad, it wouldn't surprise me for you to lose three.

The yellow tint issue has been recognized by Apple, and you should contact AppleCare and they will make sure it is replaced. Currently no one is exactly sure why this is happening, but I'm sure then when it's figured out there will be a sanctioned repair method, and iFixit will have a guide (or someone will make one).