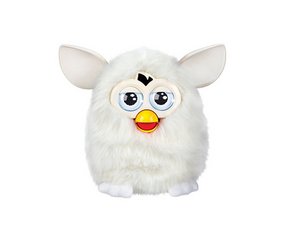 Furby Boom and Furby there a difference?

I like to play Furby, but I saw a man named Furby Boom, it Furby there a difference?

Valentine's Day is coming soon, I should send him a furby toy or send a nici plush toys forest brothers series to him.

From the Furby Wiki:

A Furby (plural Furbys or Furbies) is an electronic robotic toy resembling a hamster or owl-like creature which went through a period of being a "must-have" toy following its launch in the holiday season of 1998, with continual sales until 2000. Over 40 million Furbies were sold during the three years of its original production, with 1.8 million sold in 1998, and 14 million in 1999. Its speaking capabilities were translated into 24 languages.

Furbies were the first successful attempt to produce and sell a domestically-aimed robot. A newly purchased Furby starts out speaking entirely Furbish, the unique language that all Furbies use, but is programmed to start using English words and phrases in place of Furbish over time. This process is intended to resemble the process of learning English.[1] In 2005, new Furbies were released, with voice-recognition and more complex facial movements, and many other changes and improvements. The Emoto-Tronic Furbies (Furby, Furby Baby, and Funky Furby) continued to be sold until late 2007, when these toys became extremely rare.[2] An updated Furby is being sold as of September 2012 for the holiday season.

In summer of 2013, about a year after the Furby 2012 came out, a new Furby was released with new different colors and new Personalities. It has a brand new iOS app, called Furby BOOM, with many new features.

I would also like to add to Mayer’s answer, that Furby Booms have slits in their ears, and plastic feet. While Furby 2012 have whole ears and fabric feet. 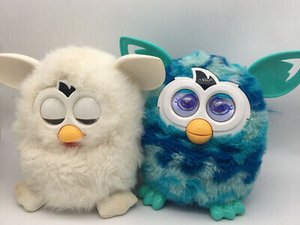 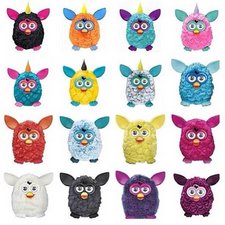 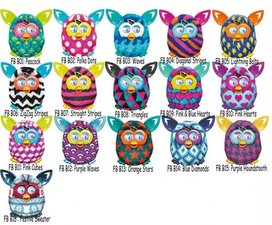 Olivia very nice nice answer, sorry my answer was not up to your specs. But it was given in 2014, before this more inclusive information was available.

No, problem, I was simply, just adding on to what you stated. Thanks!