This is a XBOX 360 S 4 gig on board , with 320 internal drive , unit is 3 yrs old . Now when I power it up the green light turns red and gives a error code , last was E79 . Already confirmed the hard drive is good I tested with it uninstalled , and checked HD in another unit. How do I fix this problem ? Thanks in advance !

Hey mate. The E79 error code indicates that your Xbox 360 has either a corrupted file system or a hard drive problem. Seeing as you have checked the HDD and confirmed it is functional, I'm thinking it might be a software/NAND chip based problem. Two questions; Have you installed any system updates recently? And is E79, the only error code that is showing up?

Two possible solutions that I have found, in regards to software are;

Clearing any failed system updates that could have caused the error:

To do this, simply press and hold the sync up button, when the console is switched off (on the 360 S, it is the button, next to the USB ports). Then, turn on then console while holding that button. Continue holding it until the console has completely booted up and the dashboard appears. The console would've automatically cleared any failed system updates during the boot process.

Or, if you can get to the dashboard (try doing so without the HDD) try re installing the System Update (if you have recently done one) that possibly might have caused this:

If this doesn't fix it, I'll have a larger dig around for a solution, hopefully after some sleep. Non the less, I do hope it helps you.

thank you for this, it worked perfectly.

Please my is trinity but same problem

I tried this and it seemed to be working but as soon as it started up on screen it went off and the red light showed up.

Hello, I am having the same issue as above. I recently attempted to update my system. That's when the error E79 and red light appeared. I have tried the solution above but it has not worked for me. I am just wondering if Mr. Zakk or anyone have any additional thoughts or solutions for this matter?

Is there a way to fix the xbox 360e  not working after wiping all files from the flash folder?

Is it possible to fix it without any tools? 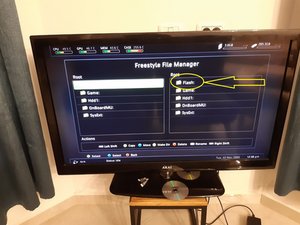 can you help me when I deleted flash and clicked on xbox and return to freeboot and then ERROR E79 and how and how to fix it?