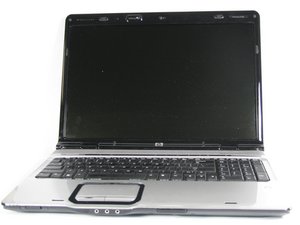 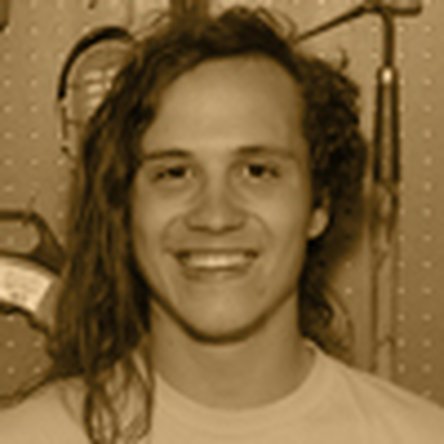 What is the cause of multiple hard drive failures?

The HP Pavilion dv9000 is not the oldest computer out there. About 4 months ago, the stock hard drive (about 2 years old) began making scratching noises and such, so I went out and bought an external to back it up, as well as a new Western Digital WD Scorpio Black 500 GB 7200 RPM (the "desktop-performance" laptop hard drives).

So I tried backing it up with the external, but the old drive died mid back up, and it was completely dead.

I installed the new hard drive, and hooked it up with Windows 7, but even 2 weeks in, I started having start up problems. Windows would fail to start up occasionally, and I had to do start-up repair a few times. 2 months in, Windows failed again, I started start-up repair, and it didn't work. I went into the hard drive self-check, it passed the quick test, but received an "error #10009: replace hard disk" from the comprehensive check.

I agree with Sterling again here, I think you just got unlucky. I've had the exact same bad luck in the past, where one older hard drive died, and a new replacement one went kaput too. It's pretty uncommon, but not unheard of to have two drives die in a row like that.

I realize I'm a couple of months late on this but I don't believe it's bad luck on Matt's fault. I worked for tech support at a college a year back and saw many hp's come in with this same problem.

The consensus that myself and the other techs came up with is that it's a design problem on HP's part. I can't recall if the dv9000 is the same way but others I have seen have the hard drive(s) placed in the front where most people rest their palms. The structural support there isn't usually enough to prevent the pressure from that from contacting the hard drive. Given enough time and depending on how much you rest your hands/how much pressure you put there, it could cause contact between the shell of the hard drive and the read/write arm and cause damage.

We were able to replicate this with another hard drive and laptop and did end up notifying HP that we were seeing this problem.

As a Tech working on computers day in and day out, I feel you are completely correct. HP is the most common for hardware repairs. Had a guy come in with hdd failure on his pavillion laptop, ok, ordinary even, we couldn't recover data, so we replaced it with a HGST 1TB 7200rpm drive, brand new. Manufactured 5 months before we installed it. Less than a month later he's back with hdd failure and the new drive is clicking like terrible and we can't recover data. This strikes me as odd and when I found your answer it clicked. There is no specific molded bay for the hdd, it is practically sandwiched directly below palm rest and the bottom plastic piece. Horrible design.

I believe "Bob" is absolutely correct. Not just HP though. Often times a laptop with multiple hard drive failures is caused by the reader arm making contact and damaging the hard drive disks. Laptops are portable. People move them around while they are on. Music cd's skip if you hit a bump in your car, same thing. In my sons case, he was expending nervous energy while gaming by tapping on the case next to the mouse pad directly over the hard drive. While under warranty, we replaced five hard drives in a year. I spent an enormous amount of time trying to diagnose the cause. I was sure dell was rebooting the same old faulty hard drive and sending it back to me. One day I read a similar forum post from a collage IT tech. He said the students were banging on the laptop cases while gaming. That was my son. I explained to him what I thought the problem might be. He stopped doing it and hasn't had a hard drive issue since. I'm convinced.

It sounds like you just got unlucky. Western Digital should replace your drive for free, but what a pain!

Since I had around half-a-dozen or More hard drive COMPLETE FAILS over the years (we now have children) I went and bought some SSD drives for all my computers; and now they are not only FASTER, but the Laptops especially also NEVER have any problem being moved from laptop tray to desk. No more internal Scratching; no more FAILS.

BUY SSD`s and Demand that every laptop is installed with them from now on. ....

....Or live in regret (for example) at losing hundreds of pictures and vid clips or your little children growing up (&/or VALUABLE Documenting) as damaged hard-drives have irrecoverable data that would cost the price of a small car to get back.

no its not bad luck its the hp I have had 3 go bad in a little over one year and a friend had two go bad. no more hp's in my house that is for sure/

Along with Mark's answer, check your environment and also that no other component within the computer is causing these failures, eg. fan not working.

Being a computer tech, this is an extremely common problem I deal with on a daily basis. The most common causes for a Hard Disk Drive failure are from never shutting down the computer or moving your computer (traveling) without turning off your computer. I have also noticed that the reliability of Western Digital drives are no where near Seagate. If HDD's are going out every few months and you don't really move the computer that often, that could be a sign that the controller on the motherboard may be failing, or causing the drives themselves to go bad.

Solid State Drives are a completely non mechanic alternative to the HDD. They hold less information at a higher cost, but are insanely faster.

More than likely just bad luck, but remember magnets can cause a Hard Drive to fail so insure there's nothing magnetic near the laptop.

I had two HD Failures in my Dell, I finally changed HD Brand to Seagate and the problem has not resurfaced. If I remember right Dell was supplying Hitachi Drives. I have not had a failure in many years with either WD or Seagate drives.

I am on my fourth hard-drive on a Tosh 3D Windows 7 x64 laptop in 18 months. I cannot understand why my 5-year old vista laptop is still working fine.

3 hard drives turned to a black mess and would not restore or boot or nothing. I wasted? HUNDREDS of hours trying to fix the problems and around 400 gigabytes of loss of data.

If I didnt know any better? I would think it is a virus destroying the partitions from NTFS to RAW. I suspect the hard-drive repair companies rouge staff or pushing a virus or two out there.

I am just passing through dudes...

I too have this problem, 3 hdd's now turned from NTFS to RAW on my HP Probook. New HDD's nonetheless. Strange thing: After trying to format them, or delete partitions to make a new NTFS partition, they always seem to be labeled as Dynamic disc in 2 partitions: one = around 54 GB and the other about 410 GB (500GB HDD's). This occured on all 3 discs. Very strange.

They run fine for a few weeks, then boom, same issue again and again....

Can't find anything anywhere about this... Anyone any ideas?

I have had three drives die within three months while using Windows 10. I have tried two different brands plus have replaced the cables and motherboard. Here comes drive 4...wish me luck.

Not bad luck at all bought a new hp 17" used it about a dozen time when the hard drive went called hp they sent me a new hard drive I replaced it again used the laptop about 5 times when the hard drive went again. That is not normal wonder what kind of hard drives they are sending as I have had this laptop just a little over a year and haven't used it more then over a dozen times cant enjoy my laptop. They will not replace this one as they say its warranty has expired and want to charge me $260 for another hard drive. I think that's robbery and pathetic as they are shipping our faulty, crappy, defective hard drives. NEVER AGAIN WILL I PURCHASE HP.....

Ok I have an HP Pavilion DV9700 series laptop. I bought it used from Ebay in like new condition. The owner had it stored away for some years after he bought a new laptop. Anyway, I received the laptop, booted up fine until one day it just stopped. Strange, I did a systems check everything turned out fine. Except I noticed in the bios that there was no IDE hard drive listing? Now it was really crazy. Anyway, installed a different HD samething. Hmm. Then I removed the 'HARD DRIVE COVER' and left it open so I wouldn't have to open and close to remove the HD. Believe it the laptop booted right up. So I closed the HD cover back and tried to boot and got nothing no operating system installed REALLY? OK people looks like the HD cover is the kulprit. Seems to be causing a contact issue with the HD and motherboard not being able to see the HD. Try it! Mine is uncovered and working just fine. NOTE place some tape or something to hold up your HD. Hope this helps.

I've had 5 hard drive failures in 12 months. I had to extend the warranty because I knew HP could not be trusted. Just filed a report with the BBB. I'm sure it'll accomplish jack $@$* but I'm still gonna try.

Let's start a major troll campaign against HP, giving exceptionally bad reviews of all their products everywhere online HP products are sold, and spam their forums with as many hateful comments as possible.

This is so bizarre..... Bought HP ( few months ago) pavilion- 3 HD s repaired & replaced with new OS every time. Yet failed again!

So a diff model with similar specs was delivered..... Went in 2 days!!

Don't understand what's going on with such a reputed company like HP?!!!

I have the pavilion 900a and I had 2 laptop's for my mobile DJ business. I had 1 hard drive put in by shop view weeks ago and now put 2nd hard drive in and now it gone again... bad luck paid £40 to put the hard drive in... not sure what to do? risk of buying other hard drive or having to upload windows 10 on my old HP touchsmart 310 which is going to be cheaper and easy to do.

I am considering starting a troll campaign against HP, starting with an especially bad review of their repair service as soon as I finally get mine back. Perhaps you could give them some nasty spam in the meantime? Victims of bad hard drives unite under HP's bridge!

Wow forgot about this site for a moment :) lol... since I posted my question back in 2016.

Since then I have got other HP Laptop cheap one for £185 2nd hand. 2 months gone and so far so good.